15 Good Reasons to by Real Estate in PV

While Los Cabos and Cancun seem to always be in the news as appealing Mexican destinations, Puerto Vallarta has been keeping a low profile in the background. And while the spotlight’s on them, it is actually Puerto Vallarta that has created this country’s largest resort real estate market – more Americans own homes in “PV” than in the other two cities combined! It offers mountains as well as ocean, more marinas and golf courses, the best dining of any Mexican resort, and more variety in the pricing, type and style of the real estate offered than either of the other destinations. All that, and yet the cost of real estate is much less expensive in Puerto Vallarta!

Probably the most active real estate market south of the American border is in and around the famous tourist destination of Puerto Vallarta. In 2004 it was estimated that $400 million USD of resort real estate was sold, with most of that purchased by American second-home buyers. In 2005 this increased to $550 million USD, with 2006 beginning with very promising numbers. So this year’s sales should easily surpass last year’s. 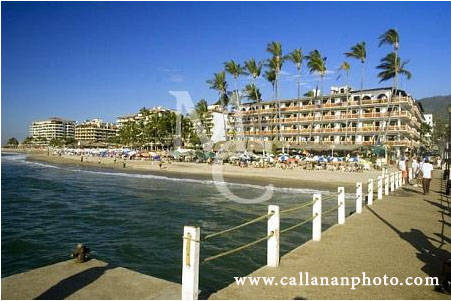 Why Puerto Vallarta?
Since the early ‘60s Americans have been coming to Puerto Vallarta, not only for a holiday, but to stay in their vacation homes. And since those early years the area has grown to where the American community is now more than 20,000 strong, Puerto Vallarta much more than a sleepy little fishing village today. Vallarta now encompasses a coastline of over 150 miles that includes many other small coastal towns, large residential resort developments and spectacular beaches.

While there are numerous reasons one should consider Puerto Vallarta for a primary or vacation home, listed below are some important ones:

Pricing
The market is definitely hot, but pricing is still seen as very reasonable, especially when compared to similar markets such as Los Cabos or Hawaii or along the California coast. Condominium prices start at around $150,000 USD and go up to nearly $1.5 million for luxury beachfront properties. Homes start at $250,000, which is the low end of the market, with the most popular price range between $500,000 to $1 million while homes ranging between $1 million and $5 million are increasingly common.

Financing
Up until just recently obtaining financing was virtually impossible in Mexico. However, that is quickly changing. Today there are both American and Mexican mortgage companies offering financing at reasonable rates for up to 20 years. Many real estate developers also offer financing, but it is usually short-term.

Cost of Living
It is still less expensive to live in Mexico than in the United States and most likely will continue to be. Property taxes are a fraction of what they are to the north and the cost of support staff for your home is very reasonable. 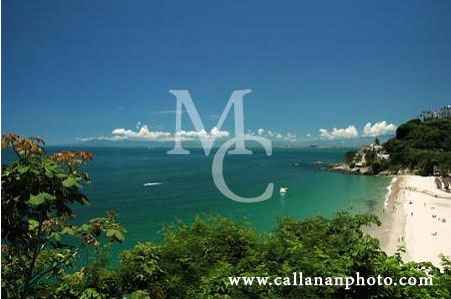 Location
Puerto Vallarta is just a two- or three-hour flight from most locations in the southern US, making it very accessible. Many second-home owners are known to commute for the weekend; returning on Sunday or Monday. Some people actually prefer to drive down from California, Arizona and Texas, so if you don’t mind the 24-hour trip, that’s an option. Puerto Vallarta is less than four hours from Guadalajara, Mexico’s second largest city, which offers great home decoration shops, galleries, workshops, and a fascinating world of colonial architecture and heritage.

Topography
Situated within one of the largest bays on the Americas’ Pacific coastline, the South Shore is draped in dense tropical forest as the Sierra Madre mountain range meets the coast. Properties here offer spectacular views of the city and bay and easy access to Vallarta. The North Shore is less mountainous and the climate dryer; some years little or no rainfall is recorded. Further north still, the landscape returns to tropical forest, with dramatic hillsides backdropping pristine coves and beaches. 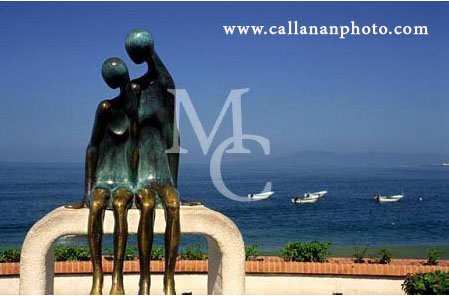 Variety
Puerto Vallarta is blessed with a variety of real estate opportunities and there really is something for everyone. Because of its unique topography it offers homes and condominiums on the hillside overlooking the bay, beachfront properties all along the coastline to the south of Puerto Vallarta, and marina and golf homes and condominiums in the central part of the bay. The most recent expansion has taken place to the north, with small, boutique condominium projects and high-end luxury homes.

Appreciation
Real estate prices have continued to rise as demand has increased. Strong appreciation in value has been realized in nearly every market sector since the early ‘90s. Beachfront properties, of course, have seen the strongest growth.

Stability
Mexico’s economy is strong, especially with recent high oil prices, as Mexico has one of the world’s largest oil reserves. This, along with a strong trade with its neighbors to the north and a robust tourism market, have helped sustain Mexico’s economic growth. 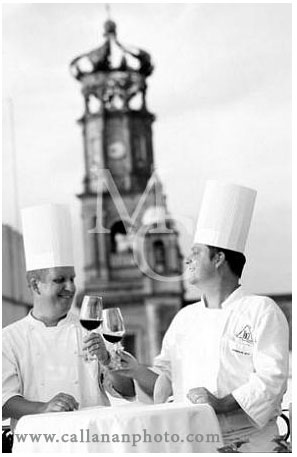 Restaurants
Puerto Vallarta is said by many to have the finest restaurants in the country outside of Mexico City. And the large full- and part-time American population supplies a strong client base. Vallarta is famous both nationally and internationally for its exceptional culinary variety and quality, the town’s prestigious gourmet festival every November drawing epicures from around the globe.

Art & Galleries
The color and magic of Vallarta is a magnet for artists, allowing numerous galleries to prosper. The art from these galleries can be seen featured in many Vallarta homes. During the high season art walks, very popular social events, are held each week and usually followed by dinner out on the town.

Society
Where Acapulco is famous for its nightlife Puerto Vallarta is more subdued, people prefering to socialize over dinner at the many fine restaurants in town, relaxing afterwards at a lounge to enjoy Latin jazz or classical music.

Golf
There are seven golf courses with three more planned short-term. Three are in the immediate Vallarta area, three in the central area of the bay shoreline, and two at its northern tip at Punta Mita. The three planned courses will all be located on the north shore of the bay. Last year Puerto Vallarta surpassed Los Cabos for the number of games played by visiting golfers, and Jack Nicklaus returns in 2006 to build yet another of his signature courses at Punta Mita. 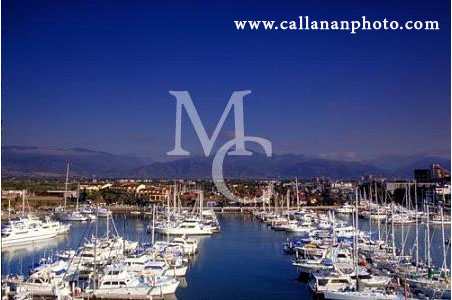 Boating
There are three major marinas within the bay, with another in the building stage. Puerto Vallarta offers more dock space than any other destination in Mexico. The bay is wonderful for fishing and diving and good sailing winds are available all year round. 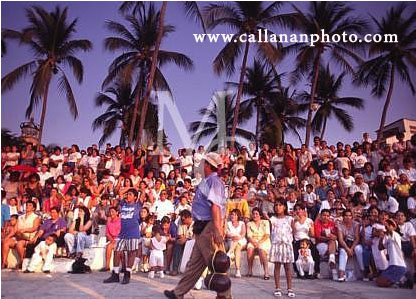 If you were to ask Vallarta homeowners what the best reason is to choose this area, many would tell you it’s because of the people. Vallartenses are happy and giving, which creates a wonderfully welcoming community atmosphere where foreigners and expats really feel like they belong.