Owning a luxurious beachfront home sounds like a great dream, doesn’t it? Instead of fighting biting cold winds and the endless harsh noises of city traffic, you wake up every morning to warm, humid weather and the sound of the surf crashing on the beach. You can have your coffee on your veranda as you gaze out over the ocean, or take a morning walk along the beach. 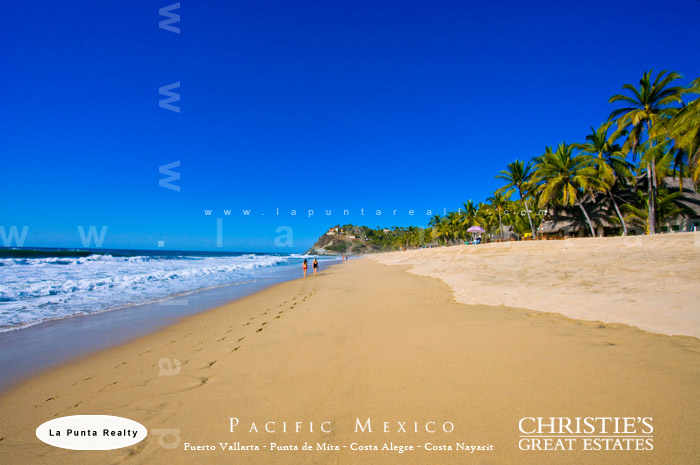 However, a dream of owning a beachfront home may sound like just that: a dream.

Many baby boomers and early retirees, though, are finding a way to make that dream a reality by investing in beachfront property in Mexico.

Why Mexico? Why not the United States?

Second home ownership is one of the fastest-growing sectors of the real estate industry, especially considering that nearly 70 million Americans are reaching the age where they have the time and the financial means to invest in a second home. Not only does it provide for a nice vacation spot, but it can also enhance net worth.

Mexico has been a favorite vacation destination for U.S. tourists for many years. Last year, 27 percent of Americans traveling internationally visited Mexico, making it the number one tourist destination.

However, just visiting isn’t cutting it for many Americans. In the past decade, there’s been a 500 percent increase in the number of American ex-pats living in Mexico.

But why are people choosing Mexico? Why not stay in the U.S. borders?

For one, beachfront property in the United States is considerably more expensive than beachfront property in Mexico, and it’s rapidly disappearing. People looking for that pristine stretch of sand for their second home in the U.S. have to turn to rentals rather than ownership. Rentals present their own share of problems that can make it difficult to enjoy a vacation.

With skyrocketing prices and a lack of available space, it’s no wonder that Americans seeking a second beachfront home are looking south of the border instead.
What Mexico offers

The weather, the views, the culture and the exotic locale are obviously big draws for people wanting to build second homes in Mexico, but the investment potential also has had a huge effect on the decision. Major companies like Merrill Lynch and the California Public Employees Retirement System, the largest retirement fund in the world, are investing in Mexican real estate.

The top three things to consider when investing in a foreign country are the currency, the climate for foreign investment, and general economy and political stability. Because Mexico has a growing GDP, good political stability since NAFTA, and the highest level of direct investment in Latin America, it makes the country very attractive from an investment standpoint.

Downsides of beachfront property in Mexico

The biggest challenge with investing in beachfront property in Mexico is price. Although it is more affordable than the U.S., prices are going up about 20 percent to 35 percent each year. Many people considering a Mexican beachfront investment are deciding to buy their land now in order to lock in the price.

As more and more US citizens look for a beachfront property in Mexico, investments are likely to continue to rise. With available property, good investment opportunities, and affordable prices, it may well be possible to turn the hope of a second home into a reality.