Want to retire on the beach? Mexico talks of liberalizing land sales 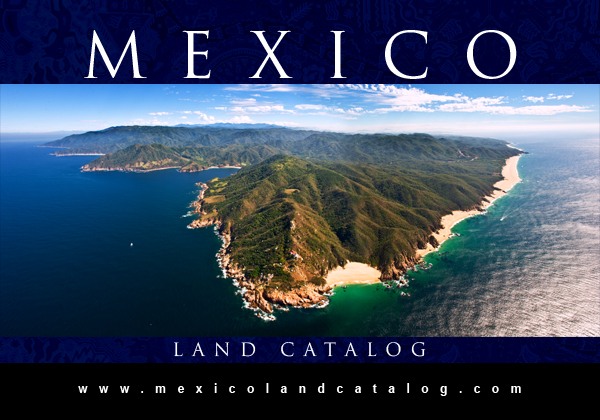 Supporters say the change could help Mexico compete with Central America for US retirees seeking spots in the sun. But could it hurt Mexican access to prime real estate?

Mexican legislators, seeking to make their country more attractive to US retirees, may soon lift a major impediment for foreigners who want to own a piece of Mexico’s Pacific or Caribbean coasts.

For the first time in nearly a century, lawmakers are moving to allow non-Mexicans to buy coastal real estate and hold the deeds to it, without having to set up bank trusts or find silent Mexican partners.

Proponents of the change say it pushes Mexico toward the modern era, and is a sign of ebbing nationalism under President Enrique Peña Nieto. They say it will help Mexico compete with Southern US states and tropical Central America for US retirees seeking spots in the sun and by the sea.

The proposed amendment to the Mexican Constitution sailed through the Chamber of Deputies on a 356-119 vote April 23, and is now before the Senate.

But opponents are still rallying, charging in a petition campaign that the change may condemn Mexicans to saying goodbye to ocean views.

“If just one of every 20 US millionaires buys a house with 22 meters (72 feet) of beachfront, no Mexican will see the sea again,” the petition drive says, drawing on the nation’s historic allergy to foreign ownership of its resources.

The allergy has its roots in land grabs in the 19th and 20th centuries. After the 1917 Mexican revolution, legislators who drafted the nation’s constitution, fearing a new invasion by land or sea, barred foreigners from owning land within 31 miles of the coast or 62 miles of any border. Those strips of territory became known as the restricted zones.

Foreign investment laws were modified in the 1990s, allowing foreigners to buy coastal properties through trusts in which banks hold the titles. The 50-year trusts allow trustees to buy, sell and pass property to heirs without restrictions.

But many foreigners found it nerve-wracking to plunk down money for properties but never caress the deeds themselves, putting a brake on land sales.

“I have many clients who say, ‘Why am I going to buy something and have it in the bank’s name?’” said Roberto Rivas, a real estate broker in Tulum, a high-profile tourist destination south of Cancun on the Caribbean.

“Maybe 40 percent of potential buyers have backed away because of lack of clarity that clouds their understanding of what a bank trust is,” echoed Bill Barvitski, an American real estate agent in Puerto Penasco, a resort also known as Rocky Point on the Sea of Cortez near Arizona.

The Foreign Relations Secretariat, which must approve each trust, says 30,755 such trusts were set up from 2006 through early this year, presumably all in the restricted zones.

Manlio Fabio Beltrones, one of the most powerful politicians in the ruling Institutional Revolutionary Party, known as the PRI in its Spanish initials, argued upon submitting the proposal that the current system lends itself to opaque ownership and fraud by lawyers, accountants and public notaries against foreigners.

“Now, they must use straw men – which is most common – set up a corporation or use a subterfuge that is called a bank trust that is kept at the bank and enjoys bank secrecy,” Beltrones told MVS Radio.

Opposition to the change, he said, is “demagoguery dressed as nationalism.”

Another PRI lawmaker, Gloria Elizabeth Nunez, told McClatchy that “many foreigners have been defrauded by straw men purchasers” who later claimed the property for themselves.

If the Senate approves the proposal, lawmakers in a majority of Mexico’s 32 state legislatures will have to OK it before it’s enshrined in the constitution.

In some coastal resort areas near the United States, real estate agents say the change would boost sales of condos and homes to foreigners.

“I see the increase in sales to non-nationals almost doubling,” Barvitski said.

Some in real estate sales didn’t know a modification might be in the offing.

“I was kind of surprised that the PRI would pursue something like this. But Mexico is changing,” said Mercy Stirling de Duenas, who co-owns a real estate agency in Guadalajara, the country’s second largest city.

Property experts said bank trusts were only one factor that was putting a brake on land sales to foreigners. Another is lack of bank financing. Foreign banks stopped providing mortgages for Mexican properties last decade.

“The problem you have in Mexico if you are an American lender is: How would you seize the property? How would there be a foreclosure sale? How would you resell the property?” asked Guy Cecala, the head of Inside Mortgage Finance, an industry publication based in Bethesda, Md.

As it is now, most foreign buyers pay cash or take out loans using existing properties abroad as collateral to pay for homes south of the border.

Any constitutional change that permits foreigners to hold deeds on coastal property may prod US and Canadian banks that operate in Mexico to offer mortgages again.

“If that happens, it’ll be a big change,” said James Glover, the publisher of Baja Insider, a Web magazine for those relocating to Baja California. “There’d definitely be a whole lot of buyers coming out of nowhere.”

‘Mexico is not for sale’

Some 1 million Americans are thought to live in Mexico at least part time, often congregating around Cancun or Merida in the Yucatan, the Rosarito Beach and Los Cabos areas on the Baja Peninsula and in Puerto Vallarta on the Pacific Coast. In inland areas, San Miguel de Allende and Lake Chapala in central Mexico draw many English-speaking foreigners.

Drug-related violence in Mexico in recent years has slowed the arrival of foreigners – and in some cases sent residents fleeing onward to Central America.

“Our competition has been Central America: Costa Rica, Panama, and Belize,” said Thomas Lloyd, founder of www.topmexicorealestate.com, a website based in Playa del Carmen along the Caribbean. “Over there, you can buy properties on the beachfront and have title.”

Some industry experts note that opposition to the proposal may yet build.

“No to the privatization of beaches!! Mexico is not for sale!!” wrote Ricardo Ortega, one of more than 40,000 to sign an online petition against the proposal.

Mexican law requires that a strip of land 65 feet – 20 meters – from the high tide line be considered federal land open to the public.

Linda Neil, the director and founder of a settlement and title insurance company in La Paz on the Baja Peninsula, suggested that the change isn’t certain.

“I don’t think that we should assume this will happen,” she said.

Gustavo Torres, a developer in Rosarito Beach, is more optimistic: “Many of our members of Congress are themselves developers, so they are eager to pass it.”

Nunez, the ruling party legislator, is from rugged coastal Nayarit state, a Pacific region popular among surfers, eco tourists and lovers of secluded hotels. The change, she said, would draw free-spending foreigners.

“They hire gardeners and watchmen, and they leave money in grocery stores and restaurants,” she said. “We want to give them legal certainty over their property.”