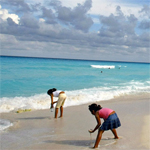 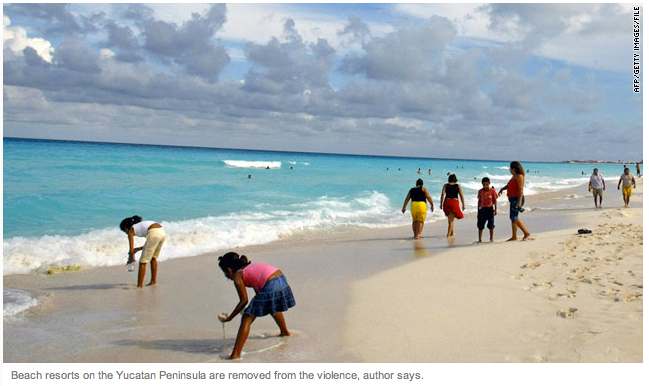 By Robert Reid, Special to CNN

New York (CNN) — Mexico tourism is having a bit of a PR problem lately.

Reports of mass grave sites, daylight shootings and carjackings from the escalating drug war don’t exactly build confidence for a family planning a week’s holiday. And on April 22, the U.S. State Department upgraded its travel warnings to target 14 of Mexico’s 31 states.

Now’s not the time to visit our southerly neighbor, right? Well, wrong. Mexico is a lot safer than you may realize.

We tend to lump all of Mexico — a country the size of Western Europe — together. For example, a border incident resulted in thedeath of a Colorado tourist last year, and the Texas Department of Homeland Security recommended against travel to all of Mexico.

Yet it’s in the 17 of 31 states not named in the newly expanded warnings where you’ll find the most rewarding destinations: the Yucatan Peninsula and Baja California beach resorts, colonial hill towns like the ex-pat haven of San Miguel de Allende, even the capital Mexico City.

An hour inland from Cancun’s beaches, Yucatan state — home to the most popular Mayan sites and “real Mexican” colonial cities such as Merida and Valladolid — is among the country’s safest. The state, with roughly the same population as Kansas, saw two drug-related deaths in 2010. Wichita, Kansas, alone had six gang-related killings over the same period.

In most of central and southern Mexico, drug violence simply isn’t on the radar of daily life. “It’s as easy-going as it’s always been,” said Deborah Felixson, a diving operator on Cozumel who is “shocked” when people say they had been scared to go to the Caribbean island. “We’re just small communities here. We all know what everyone’s up to.”

That sentiment is found even in places once linked with political tension, such as Chiapas state and Oaxaca City, where political protest turned into a stand-off in 2006.

“Things are so much quieter now,” said Rogelio Vallesteros, who runs a Spanish-language school in Oaxaca City. “People call to ask about safety all the time, then they come and see how quiet it is. We’re normal, really.”

After the swine-flu crisis of 2009 — when some cruise ships diverted routes from Mexican ports that had no reported cases to American ones that did — travel bounced back a bit last year. Interestingly, the increase of returning Canadians and many Western Europeans doubled that of the American rate. We seem to remain particularly leery of Mexico.

That’s sad. My love of travel began with childhood visits to Mexican ruins and beaches, and I feel the U.S. is fortunate, not cursed, to be so close to a place that offers jungles, deserts, volcanoes, beaches, coral reefs, ancient pyramids, living pre-European cultures and some of the world’s most satisfying cuisines.

And of course the best reason to go: the people.

A couple years ago, I informally polled various innkeepers and tour operators worldwide to find out who are the world’s friendliest travelers. Guess who won. “Mexicans are such a joy to have here,” one Bulgarian guesthouse owner e-mailed back. “They make everyone feel happier.”

And it’s often better in Mexico, where locals show particular gusto in love of life. Once I saw fireworks go off in Mexico City, before sunset, and asked a local why. He was surprised I didn’t know. “It’s Friday,” he explained.

In restaurants, strangers seeing each other’s eyes instinctively say “buen provecho” before eating. It’s an earnest wish that their food should not only be tasty, but really pleasurable, and that the hope that their life will be a bit better as a result. There really is no English equivalent. Even our adopted “bon appétit” pales in significance.

I’ve been pickpocketed in Guadalajara (and in New York, too). But that’s the extent of my unpleasant scrapes in a dozen visits that have taken me to home-stay language courses, traditional Mayan markets, mummy museums, cenotes (surreal limestone sinkholes in which you can swim) and even Zapatista zones in the south.

Most travel to Mexico, ultimately, is simply good travel. It’s fun, affordable, eye-opening and fascinating (seriously, what other city of 21 million other than Mexico City is founded on a filled-in lake?).

But, no, you don’t have to visit Mexico. And there are certainly places, like Ciudad Juarez or Tamaulipas state, I’d never visit now. Just know that the Mexico experienced on the ground almost never matches the Mexico we increasingly see and read about. 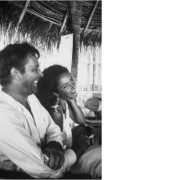 The Inaugural Punta Mita Gourmet/Golf Classic: An Experience of Sense &...
Scroll to top