Would-be expatriates look for home destinations that appeal to their individual definition of adventure and paradise. For the first time, International Living reported Mexico as the world’s top retirement haven because of its economy, real estate, and quality of life. That was great news for Mexico yet it missed some important details on cost-of-living from the experience of those who have already jumped at the dream of paradise on a budget. 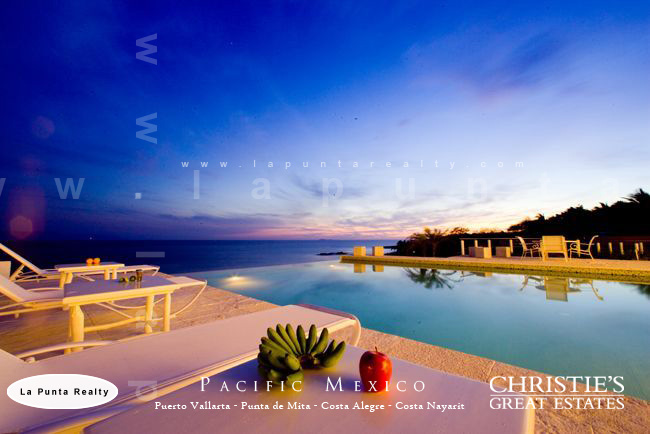 The main attraction for those migrating to Mexico has clearly been the real estate, as evidenced by the phenomenal growth of the home market here, especially since 9/11. Not only are oceanfront and ocean view properties still 50-80% less than their US counterparts (if there really is a direct comparison), property taxes are a tiny fraction of states within the United States. Coastal and inland water-view living is simply a bargain in Mexico when compared to the United States.

Salaries in Mexico are much lower than north of the border and this shows itself in all kinds of services that expatriates need every day. Doctors, dentists, constructions workers, handymen, mechanics, housekeepers, and gardeners all charge 50-75% less than their US counterparts. The net affect is that expatriates can extend their money and even improve their quality of life. Other services such as entertainment are also much less in Mexico.

It is challenging to compare the cost of food in Mexico to that in the United States. Mexican cuisine is substantially different than the normal daily fare of Americans, and it can be quite economical. However, adding a variety of dishes common to the multiethnic menu of today’s American poses challenges of supply and a substantial increase in food costs.

The saving grace seems to be produce, which is fresher and offers more tropical favorites such as papaya, mangos, plantains, avocados, and guavas at good prices throughout Mexico.

Energy is about two to three times the price in the United States, with the exception of gasoline which is currently about 25% less than the going US price. This comes as somewhat of a surprise to foreigners who think nothing of leaving their PC and monitor burning at all hours of the day, and who ignore the “vampire affect” of the many chargers and electrical adapters scattered throughout their house.

Mexico’s stiff import tariffs on electronic goods from Asian competitors mean that electronics in Mexico are notoriously expensive. Adding the Mexican value added tax (IVA) makes these products cost about double the identical product in the United States. This is a serious consideration when thinking about adorning a new, Mexican home with a 55-inch plasma display for the living room! Notable exceptions are Mexican-made and Mexican-branded appliances that are on par or slightly less than their foreign equivalents.

Most foreigners don’t bother buying clothing in Mexico for the same reason that many Mexicans along the border with the United States avoid buying clothes in Mexico. The quality of common clothing is relatively poor, or the price of good quality clothing is 30-50% more than in the US. And say goodbye to well-advertised sales in your Sunday paper. There is simply no such analogy in most of Mexico. Most expatriates continue to purchase their clothing on their trips to the United States – easier for border areas like northern Baja California but more challenging the further you go into Mexico’s interior.

Telephony in Mexico simply costs more. There is a good reason that one of the world’s two richest men is from Mexico!

The good news is that high-speed Internet is now ubiquitous together with basic local telephone packages. Many foreigners control telephone costs by eliminating all the frills on their Mexican telephone line, and by making use of voice over Internet products such as Vonage and Skype. These services make calls back home economical and even save money on calls withinMexico. For example, a one minute call using Vonage to Mexico City costs about a penny a minute with eight cents a minute being the norm. Compare this with 25 to 45 cents a minute for long distance within Mexico on a Mexican line.

Economics is one of the generally positive aspects of life in Mexico. A future column will also cover the spectrum of quality-of-life factors from the perspective of current expatriates in Mexico.