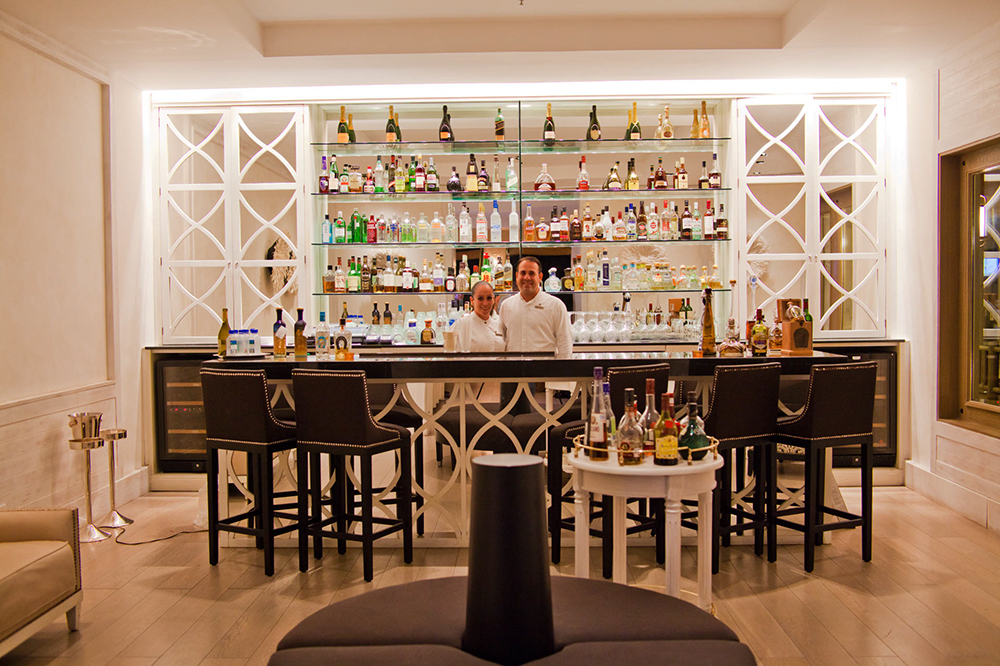 I torched a Diplomaticos No. 2 in the Altamira Lounge at the St. Regis Punta Mita Resort, enjoying both the cigar and vibes of the Pacific Coast setting.

“We are totally cigar friendly at the resort,” said Javier Perez Rubio, St. Regis’ food and beverage manager. “Many of the best cigars are available here at the lounge, in the Carolina restaurant bar and at the Punta Mita golf club.”

The seductive, luxury beach resort is friendly in many other ways as well. It was particularly so during the inaugural Gourmet Golf Classic, a two-day golf tournament and sensory exploration of modern and traditional Mexican and Latin cuisine that showcased gastronomic creations by the St. Regis Punta Mita, the Four Seasons Punta Mita and invited guest chefs.

Hosted by St. Regis, Four Seasons, Riviera Nayarit Tourist Board and American Airlines, the celebration of food and golf unfolded at both Punta Mita resorts and on the Jack Nicklaus designed Pacifico and Bahia oceanside layouts. Daily tastings at the St. Regis with world-renowned wine sommeliers and tequila connoisseurs added to the indulgence.

It was a mystical parade of succulent, culinary conceptions by a brilliant lineup of chefs. Their sumptuous array of dishes celebrating traditional regional flavors infused with original flair created continuous eruptions of cascading tastes, exotic aromas and zesty seasonings.

Some of my favorites:

Casa Madero Chenin Blanc was paired with Patricia Quintana’s tasty sun dried shrimp in an authentic Mexican hot Huichol sauce with salt and lime. The legendary Quintana is based at Mexico City’s Izote Restaurant, where she produces culinary delicacies that have garnered her honors as Mexico’s top chef and Culinary Ambassador.

Chef prepared samplings and Don Julio tequila were served on many holes during the Punta Mita Cup. Especially enjoyable were long-standing St. Regis traditions (some dating back 100 years to founder Lady Astor), such as champagne sabering and hand-rolled cigars.

Bill Nestor writes about global travel, golf and lifestyle from his home in Vermont.