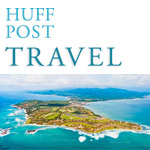 About seven years ago, I took a sabbatical in Mexico and quickly developed a strong affinity for the hospitality, food, culture and sense of well-being I had when I was there. I was based in Puerto Vallarta at the time and was introduced to its northern neighbor, Punta de Mita.

As someone who grew up accustomed to a Caribbean seaside, the coastline just an hour from bustling Vallarta was teaming with appeal: picture-perfect white-sand beaches, palm trees, pristine waters (peppered with gorgeous surfers) and, well, it just had a lovely personality. Polished. Organized. Sexy. Punta de Mita was the gorgeous older sister that every man wanted to date, but were apprehensive about approaching. What if you weren’t good enough for her? It was love at first sight.

This month, after a jaunt to the City of Angels, I managed to finally make it make back to “Mita” as it’s affectionately called. If you visited here five or ten years ago like I did, it’s time to toss your Havaianas (and your surfboard) into a bag and head south again for a second look.

Mita has a new vibe. It’s still the beautiful creature it once was, but it’s somehow more comfortable now. She is grown up and confident. Dare I say approachable? It’s where VC meets SUP (that’s venture capital meets stand-up-paddle-boarding). It’s one of the last unpretentious places where loads of money is present, but barefoot is still standard. It’s the Silicon boys jumping off their Gulfstreams with surfboard in hand. It’s a celeb haven, but you’d never know it. Even Lady Gaga learned to surf here.

A quick, two and a half-hour flight from LAX on Alaska Airlines and we were touching down in PVR. On December 2, 2011, Virgin America will have seasonal flights from the west coast which makes it easy for you techy SFO/Silicon Valley folk to nip down for a weekend, although you’ll probably end up addicted like me and plan on spending your winter here. Trust me: there are plenty of reasons.

A swift check-in later, and we were looking out at a killer view over the terrace from our Four Seasons Private Villa listening to the “Across the Universe” soundtrack. I hadn’t seen the film, but my companion insisted I listen to it since I was a Beatles fan. So with T.V. Carpio’s rendition of “I Want to Hold Your Hand” in the background, the scene became ever so more intoxicating.

We had a private infinity edge plunge pool (which was like bath water, perfect for late-night dips), a gourmet kitchen (ideal for home margarita-making) and an inviting four-bedroom floor plan (there were only two of us, but we plan to return with a group of friends, although we didn’t complain about having free reign of the place). Sunsets here are beyond gorgeous, and the sky is electrifying. We even enjoyed middle-of-the-night thunder and lightning storms, which gave way to a clean, new day. You have the ultimate privacy, but we did manage to meet our neighbors, a cool couple from Dallas that bought here a few years back.

The villas are affiliated with LPR Luxury International, which makes sense as each of them are really works of art, incorporating the luxury of the Christie’s brand with the authenticity of the region.

There are several of these villas for sale starting at just over $2.3 million. If you’re up for a great investment, Mita is the place to do it, and with a Four Seasons Private Villa, you enjoy access to the exclusive amenities and services of the resort. Spa, multiple restos and bars, beach club, pools (though you might never leave yours), fitness center; all set in Mita’s fabulous private enclave. It’s living the best of both worlds.

The first night we headed down to Mita’s newest addition, The St. Regis Resort, for their weekly Champagne ritual, an invitation that was difficult to pass up.

We were immediately greeted by Carl Emberson, The St. Regis Resort’s grinning Aussie-born general manager. Having lived and worked in South America, Carl is a natural here in Mita, and a consummate host. Super passionate about food and beverage, he always chooses the best wines, knows chefs all over the globe and is currently creating a menu of culinary events for Mita. He’s a true contributor to Mita’s new energy, and his experience has translated into solidly putting St. Regis on the culinary map.

Much like the social scene throughout Mita, the crowd at the ritual was a mix of resort guests and Mita residents. “Oh you have to meet so and so…” and we were off zipping around meeting people that shared a passion for this amazing place.

After adding various new Facebook friends and tweeting and re-tweeting each other, we joined Carl for an Earl Grey Tea Martini before heading to dinner at the hotel’s signature restaurant, Carolina, a recipient of the 2011 AAA Five Diamond Awards, the industry’s most coveted recognition. The food experience was total bliss. Service, creativity and décor were unmatched.

The next morning we ordered room service breakfast from Four Seasons and then headed down to the Resident Beach Club at St. Regis, which boasted a private infinity pool, restaurant, beach lounges and an unobstructed view of the Pacific. I slipped into a subtle slumber. “El Tamarindo o limon?” a voice gently wakes me from my afternoon siesta. It was a roving waiter with homemade popsicles. Where am I and do I really need to fly back to Los Angeles on Monday? We stayed until dark.

Dinner was opening night at Casa Teresa, owned by longtime resident — and namesake — Teresa, and her daughter Nadia. Sicilian by birth, Tere has been in Mexico for 10 years and is a fixture on the Mita scene. It’s a bit of Taormina on the Pacific Mexican coast.

As planned, our next day was a repeat of the day before, however this time it was spent at the Private Beach Club that was originally built for residents of Punta Mita. Lunch was eaten from our beach chairs, and we swam in the sea. Are we really off tomorrow? Maybe I’ll just stay.

I booked our villa through LivePuntaMita.com, the one-stop-site for news, events, activities and party pics, all written by locals. Think of LivePuntaMita.com as your new, beachside BFF. The girlfriend that’s always in the know…she’s Ms. Mita now, all grown up and worth a second look. 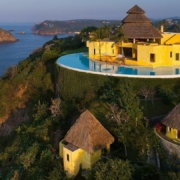