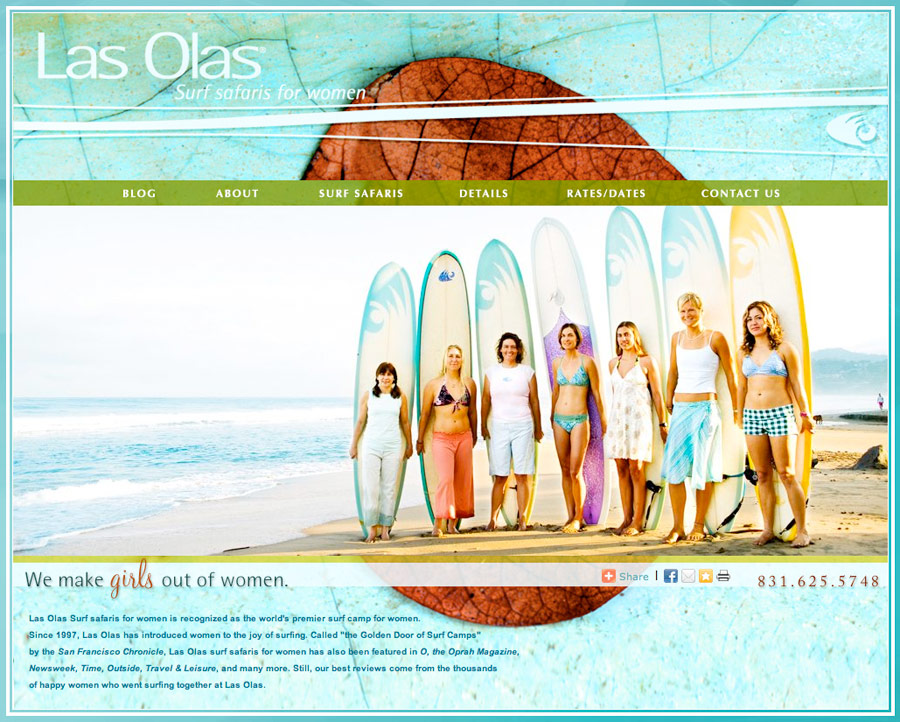 The only qualification for this women’s camp is determination to catch a wave (forget your sorrows, your age, your tumor, your fears) and have maximum fun on the ride back in

By Tracy Jan
The Boston Globe

Las Olas Surf safaris for women is recognized as the world's premier surf camp for women. Since 1997, Las Olas has introduced women to the joy of surfing. Called "the Golden Door of Surf Camps" by the San Francisco Chronicle, Las Olas surf safaris for women has also been featured in O, the Oprah Magazine, Newsweek, Time, Outside, Travel & Leisure, and many more. Still, our best reviews come from the thousands of happy women who went surfing together at Las Olas.

SAYULITA, Mexico — As I sat on the nearly deserted beach peering out at the frothy Pacific just before sunset, a knot gripped my stomach. What travel guides had billed as mellow waves appeared, in my amateur assessment, to be crashing with ferocious intensity.

Call me a wuss, but waves freak me out. Yet, I’ve always been fascinated by them, and growing up in Northern California, I had harbored a lifelong dream of Gidget-hood.

That’s what brought me to this sleepy fishing village, a 45-minute drive north of Puerto Vallarta, up dusty, winding roads carved into the mountainside. I enrolled last month in a weeklong surf camp for women.

As one of our instructors, a svelte, sun-kissed 25-year-old named Dominga, launched into a tutorial on how to read waves, I tried not to think about the recent summer when I had tried to body surf in Westhampton, N.Y. — pummeled by wave after wave, tossed like a rag doll onto the beach until a friend dragged me from the undertow (the others just laughed as they frolicked in the surf, something I had been assured my surf instructors here would not do).

I didn’t even learn to swim properly until a year and a half ago, and have done so only in a pool. I worried about losing my contacts, and packed goggles, just in case. 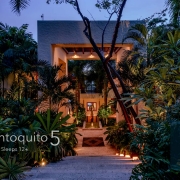