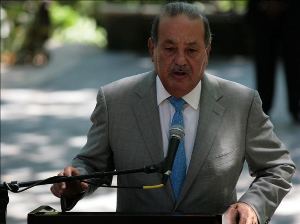 The Communications and Transportation Secretariat said it awarded IDEAL a concession to build and operate a 111-kilometer-long (68-mile-long), four-lane bypass to the south of the city of Guadalajara, capital of the western state of Jalisco.

That highway will allow vehicles traveling between central and northwestern Mexico on the Mexico-Nogales highway to avoid the urban area of Greater Guadalajara.

The contract also includes construction of a two-lane, 30-kilometer (20-mile) bypass outside Tepic, capital of the western state of Nayarit, and operation of the 169-kilometer (105-mile) Guadalajara-Tepic highway.

The 8.2 billion pesos ($683.3 million) to be invested in the highways, known as the “South Pacific” highway package, will come entirely from private sources, the secretariat said, adding that IDEAL has 24 months to finish the projects and put them into operation.

The infrastructure build-out will create 4,100 direct jobs and 10,200 indirect jobs in Jalisco and Nayarit, the secretariat said.

IDEAL won the concession after Mexican firms Ingenieros Civiles Asociados, Aldesem and Coconal and Spain’s OHL withdrew from the final phase of the bid process, the secretariat said.

Construction work is scheduled to begin at the end of January 2012.

President Felipe Calderon’s administration decided in 2007 to award blocks of highways or “highway packages” and re-privatize the operation of some toll roads currently in the hands of the Farac, a federal government agency that had taken over two-dozen federal road concessions in a bailout a decade earlier.