From Alberta lakes to exotic overseas destinations, recreation property continues to be a status symbol, an investment choice, and — perhaps most important — an escape.

These properties take on many forms: lakeside cabins, luxury condos in resort developments, and even single-family homes.

And depending on where they buy, owners might be able to purchase the property outright, or take part in less-expensive options such as fractional ownership. 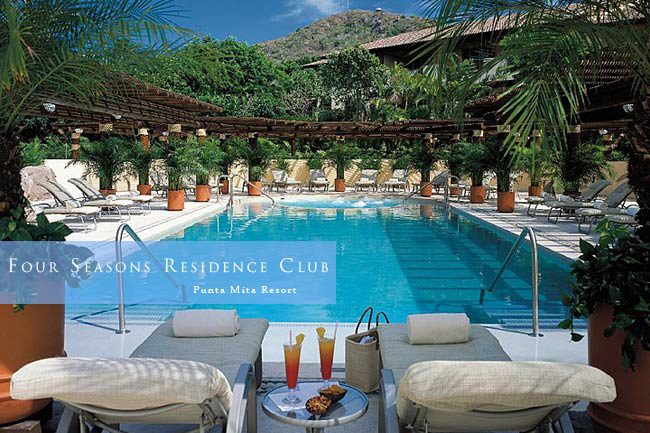 “There’s the guy that likes his ski-boarding and needs a lake and activities — activity-oriented people who aren’t necessarily interested in roughing it,” he says.

“The second is the rat-race escapee, who says, ‘I wonder what else is out there? I want to see the cows but I don’t want to smell them.’

“These people might go to a university town, or move to Vancouver Island or a small Alberta town with charm … someplace to find that Nirvana.”

Increasingly, however, aging baby boomers are also looking at recreation property as a potential retirement residence down the line; buy it now, enjoy it seasonally and (where applicable) generate rental revenue the rest of the year, and move in full-time when the time is right.

“Many baby boomers as they reach retirement or the empty nest stage look at recreation property,” says Elton Ash, regional executive vice-president for Re/Max Western Canada. “It’s for a getaway and in a lot of cases they also look at it as a legacy opportunity. The thought is the property will stay in the family.”

And where are these people buying? It depends on their needs (and affordability level).

Those wanting a quick weekend getaway might look at something within a few hours’ drive of Calgary — places like Sylvan Lake, Canmore, Crowsnest Pass, Montana, or the Kootenays/Columbia Valley. Those not minding a longer drive or a short flight might look at the Okanagan or West Coast.

Landcor collects statistics on real estate sales in B.C. and found Albertans accounted for 67 per cent of out-of-province “secondary property buyers” in B.C. in 2007, generating nearly $2.2 billion in sales.

“Albertans love B.C. because we have so many recreational uses, with good golf courses, good fishing — you can still go to the Queen Charlottes and catch a 30-pound salmon, and we have the ski hills,” says Nielsen.

“And of course, there’s the beauty.”

Even during economic downturns, interest from Alberta remains strong in B.C.

“We’ve had no indication of any slowdown of Albertans buying in B.C.,” says Nielsen, who is also president of NIHO Land & Cattle Co.

Interest from the Edmonton market is starting to gain ground on longtime leader Calgary, Nielsen adds.

Farther away, “Mexico has become much more popular, and part of that is the loosening of the Mexican government on land ownership,” says Ash. “Five years ago, foreigners couldn’t own property that was oceanside.

“The (construction) expertise has also improved, with more Canadian homebuilders going down there … and that also extends to Belize and elsewhere in Central America. In the last year-and-a-half, that interest has increased dramatically.”

With prices rising in some of the traditional recreation property hotspots like Canmore, the Okanagan, and Radium/Invermere, some buyers are looking for new places to plant their cabins.

Nielsen says the northern interior of B.C., particularly along the Yellowhead Highway and around Prince George, is starting to be discovered.

“We’re starting to see more Alberta (licence) plates up there,” he says.

“People are discovering places like Burns Lake and Smithers, these little towns of 3,000 to 4,000 people. Places like Francois Lake … with water-view and waterfront lots for $95,000. Land costs are still very affordable up there.”

“People are travelling further because of affordability and the desire to own recreation property,” he says. “Northern Saskatchewan has seen a big benefit … prices are cheaper and going west isn’t always the most affordable alternative.”

Although economic uncertainty is on the rise, Ash says Albertans are still lining up to buy recreation properties.

“This year, interest levels are as high as they’ve been in past years, so you can say we’re insulated relative to what you’re seeing in the overall real estate market, especially in the U.S.,” he says. “Where the difference is this year is a lot of Canadians and Albertans are looking to take advantage of the soft U.S. market in the Sunbelt states like Arizona and California.

“In some instances, they’re looking at ‘recreation properties,’ but the term may not accurately describe it locally … it could be a condo or a gated community that is considered ‘residential’ locally, but viewed as recreational from an Albertan standpoint.”

There are risks to this, Jurock cautions, advising prospective buyers do their research and not invest sight-unseen.

“Some of the best deals come up in bad markets and you can get bad deals in good markets,” he says.

“It’s amazing to me (how) people will plunk down money with a limited partnership with people they don’t know … and they won’t go and see the property, so they don’t know where it’s located.”

Jurock says potential buyers — and especially those looking at U.S. recreation properties as an investment — need to become familiar with the rules of foreign property ownership in the U.S., which can vary from state to state.

Back in Canada, Jurock says it’s hard to go wrong if you can find yourself a little place by the water.

“We tell our subscribers, always buy waterfront,” he says. “It’s always had value.”