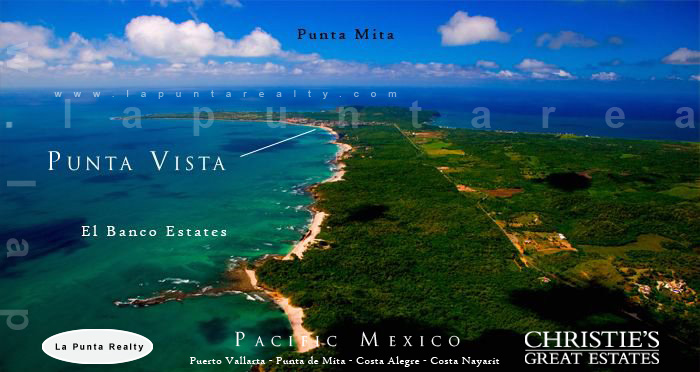 “At the end of the day, I want to be sitting on my patio with a margarita in my hand watching the sun dive into the ocean,” says Stuart McGregor as he surveys his new vacation home.  He’s not surprised to have a luxury vacation property – after all, he worked for years in Calgary to be able to afford to spend his later years in the sun, with wife Barbara.  What surprises McGregor is that his vacation villa is in Punta Mita, Mexico.

Says Barbara McGregor, “We’d looked around a lot and knew we wanted probably a second residence. We’d spent a lot of time in South East Asia and Thailand and we’d checked out Hawaii and, of course, we kind of knew Palm Springs and Phoenix. But then, a friend from Calgary said we should check out Punta Mita.  We thought – oh, Mexico – we just don’t know about Mexico.”It’s a common initial response from Canadians, given the recent spate of bad publicity Mexico’s been receiving in the Canadian media.  It’s rare to read a positive review of a Mexican destination.That’s what makes Punta Mita, a 500-acre development on a spear-shaped peninsula poking into the Pacific, such an unusual place, where every other holiday property owner you bump into is a Canadian – mostly from Calgary.

This is a vacation community of a type that’s very unusual for Mexico, one that closely resembles high-end developments on upscale Caribbean islands like Nevis and Barbados.  Built around a Jack Nicklaus Signature Golf Course that was ranked World’s Best Golf Resort by readers of Condé Nast Traveler 2006 and one of the world’s best golf courses by Travel + Leisure Golf in 2006, and surrounded on three sides by white sand beaches, Punta Mita is a collection of exclusive hotels and high-end, privately-owned vacation homes often rented to visitors – many also Canadian.  Interestingly, it’s also a Mexican vacation destination that is working to preserve the environment and the flavour of the small fishing village next to which it has been built.

Leave your luxurious villa and drive five minutes to the wharf, where a variety of simple tour boats wait to take you to the island of birds.  In the harbour, brown pelicans rock on the gunwales of small fishing craft while seagulls circle and cry.  These are birds, but not the ones whose photos you’re about to add to your collection of favourites.  It’s a fascinating juxtaposition:  an untouchable island of wild birds just a few miles from Punta Mita, one of Mexico’s most luxurious new resort developments.

It’s that combination of protected environmental beauty and Mexican culture that attracted the McGregors,
Says Stuart, “The climate is virtually perfect for golf – the sun shines every day. Obviously that’s a big bonus, but we love the culture. The Mexican people are wonderful. The cultural change from where we come from is incredible.”

Are the McGregors likely to return to Calgary full-time?  Not likely.

“I go back occasionally for in-person meetings,” says Stuart, “but beyond that I’m as comfortable here from a business perspective as I am in Calgary. I do all my business by Internet and phone.  So, given the different climatic conditions, why would we go home?”