Over the years as Puerto Vallarta has grown and a number of communities and developments have become established both to the north and south of its downtown borders, it has become more and more apparent that there needs to be names for the regions in which the communities are situated.

Costa Vallarta This is how we refer to the whole region. It begins at Cabo Corrientes in the south and extends north, including the entire Banderas Bay coastline, and continues beyond the bay and up the coast as far north as San Francisco, Nayarit.

Four Regions Within Costa Vallarta there are four regions: Puerto Vallarta, South Shore, North Shore and Costa Vallarta North, or also most recently referred to as Riviera Nayarit. Their boundaries and the residential real estate areas within them are described as follows.

Puerto Vallarta Region The Puerto Vallarta region extends from Marina Vallarta in the north to the Camino Real Hotel just past Conchas Chinas in the south. It includes the following five principal residential areas.’

Marina Vallarta This large residential community was developed around 1990 and consists primarily of marina-front condominiums; however, there are also golf fairway homes, townhouses with private slips, and most recently oceanfront condominiums. It is built around a marina and an 18-hole golf course and is a favorite location for many, as it is close to town and the airport, and also has an American school for children.

Versalles / Las Gaviotas As Puerto Vallarta has grown, Versalles and Las Gaviotas have become popular residential neighborhoods for the people who live and work here. It is quieter than downtown, but does not offer any views. Prices tend to be in the low to mid range. This is the inland area on the right-hand side of Francisco Medina Ascencio, the main street heading north from town, extending north and east from the intersection with Libramiento.

Downtown North (Also known as Gringo Gulch, El Cerro)_This is the oldest area of Puerto Vallarta and many of the homes are over 50 years old. If you like the classic style of Puerto Vallarta, this is where you’ll want to be. You are close to town and amenities, but also close to the noise of the city. 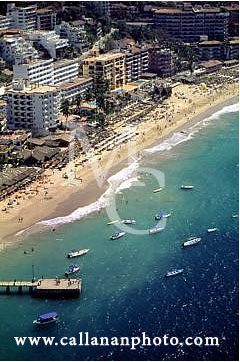 Downtown South (Also known as Los Muertos, South Side, Emiliano Zapata, Olas Altas, Zona Romantica, Playa del Sol)_Most of the real estate offered here is along Los Muertos Beach in condominium projects built 10-20 years ago. If you enjoy being close to town and the action, this is a great choice. However, as this area has grown and prices have increased, more and more people have moved into the neighborhoods following the river behind Colonia Emiliano Zapata. Although there is not much for view property, the prices are much more reasonable.

Altavista/Amapas/Conchas Chinas These three residential neighborhoods are located on both sides of Highway 200 heading south from Downtown South. The first neighborhood encountered is Altavista, which is on the southern hillside overlooking Colonia_Emiliano Zapata. As you head south it turns into Amapas, followed by Conchas Chinas. Prices are moderate within most of Altavista and Amapas, but begin to rise as you head farther south. There is a mixture of both homes and condominiums, with most real estate on the lower side of the highway (primarily in Conchas Chinas) being over 15 years old, while the real estate on the upper side gets newer as you climb higher.

South Shore Region The South Shore region begins just south of the Camino Real Hotel and continues to Yelapa. There are some homes built along Highway 200 as it winds its way south as far as Boca de Tomatlan, but for the most part real estate here is concentrated within Mismaloya, Sierra del Mar, San Xoquin and Garza Blanca. There are a number of beachfront condominium projects, which are mostly older, as new development in recent years has been mostly beachfront or oceanview hillside homes. 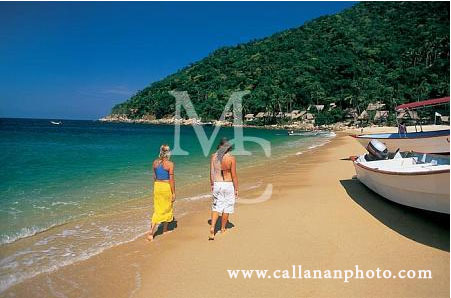 North Shore Region The North Shore region extends from Nuevo Vallarta, just north of the international airport, and continues to the northernmost point of the bay, Punta de Mita. It is made up of small towns and a few very large planned residential communities.

Nuevo Vallarta / Flamingos As Vallarta has continued to grow, most of this growth has been to the north. Nuevo Vallarta, which is a development similar to Marina Vallarta, was actually established before Marina Vallarta in the early 80s. It did not see development, however, until the mid-90s. Since then, major condominium and home projects have been developed, especially within Paradise Village and Mayan Island. They offer a variety of real estate options, from timeshare to full-time ownership. Most of the real estate is available along the canals of Nuevo Vallarta and now on the two new golf courses. 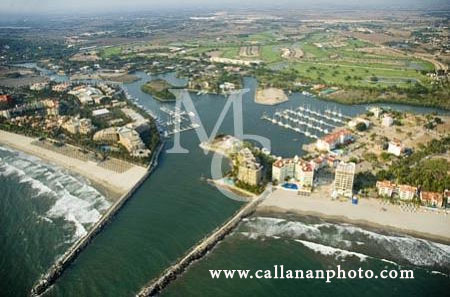 Bucerias / La Cruz de Huanacaxtle Those who have found Puerto Vallarta a little too busy or big for them have headed north to communities like Bucerias and La Cruz de Huanacaxtle. Prices are lower, although they are quickly catching up to Puerto Vallarta. They still have that small town flavor and reasonably priced beachside homes are still available, as well as some small condominium projects. Just north of La Cruz is the very upscale planned residential development Real del Mar.

Punta Mita / Costa Banderas Punta Mita is a very upscale, low-density development with a Jack Nicklaus golf course and a Four Seasons Hotel. Up to now, most of their product has been beachfront or fairway/oceanview luxurious homes, but they have recently begun offering condominiums and townhouses._Costa Banderas is somewhat similar with its range of real estate options, but without the amenities or stature of Punta Mita. However, this coastline is beautiful and incredible homes are being built along its beaches and cliffs as well as some very impressive condominium developments.

Costa Vallarta North Region Sayulita and San Franciso (commonly called San Pancho) are small communities located just north of the bay that have become very popular with Americans and Canadians over the past 10-20 years. Both have seen incredible growth during the past 10 years, driving real estate prices up as the land around the communities has become regularlized. Although the majority of the housing is moderately priced and sized, recent development has seen the construction of spectacular, million-dollar-plus homes. 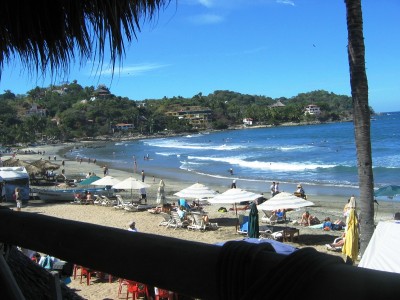 Another popular area is just on the northern side of Punta Mita heading towards Sayulita. There are three residential communities (Punta Negra, Higuera Blanca and Litibú), consisting mostly of small beachfront homes. There are still beachfront lots available for purchase, but prices are increasing and information is difficult to obtain about what is actually available and what has been regularized. Litibú has become a major reale state development of Fonatur, which will encompass a public golf course, hotels, condominiums and singe family dwelling real estate opportunities.