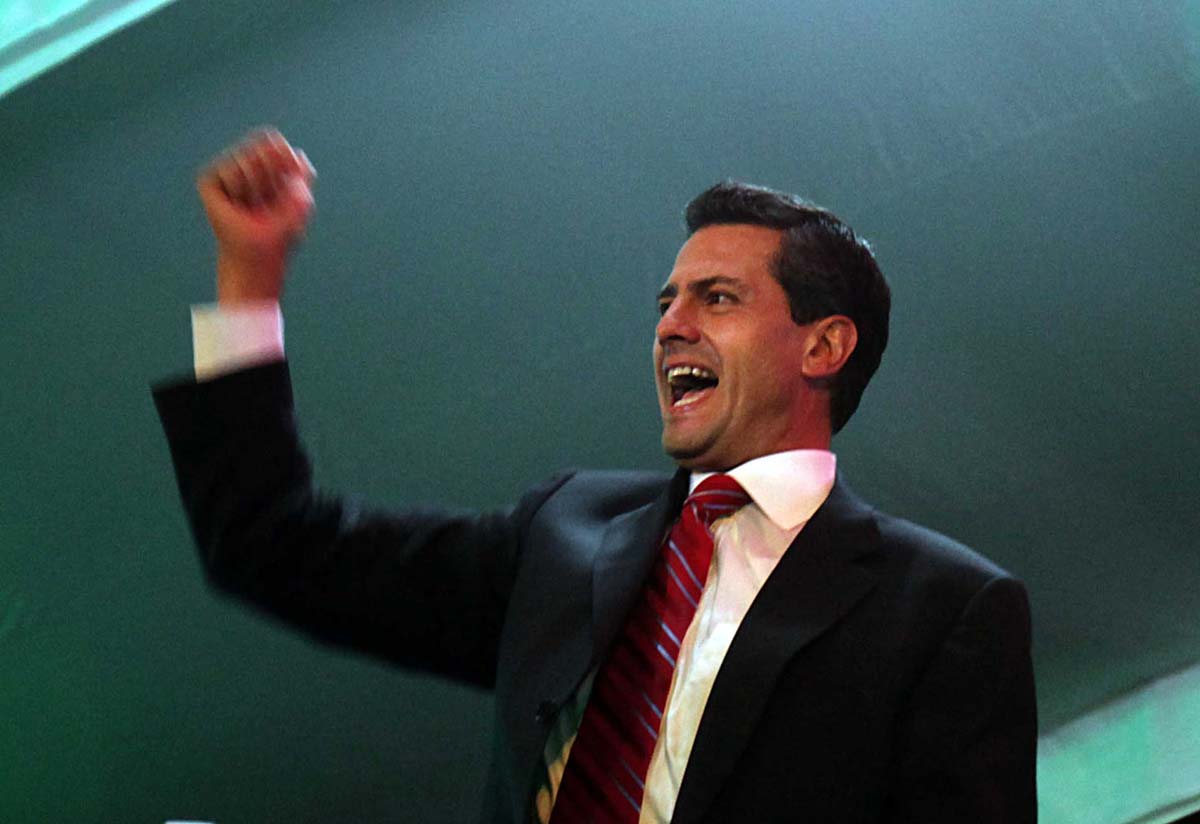 As President Obama prepares to start another term next week, Morning Edition has asked NPR’s international correspondents to gauge worldwide expectations for the president’s next four years. We begin in Mexico, where Mexicans hope to change the conversation between the two countries from drugs and violence to economics and prosperity.

And as President Obama prepares to start his second term next week, MORNING EDITION has asked NPR’s foreign correspondents to gauge worldwide expectations for the president’s next four years. Today, we begin in Mexico.

As NPR’s Carrie Kahn reports, Mexicans hope to change the conversation between the two countries, from drugs and violence to economics and prosperity.

CARRIE KAHN, BYLINE: In public, Mexico’s new President Enrique Pena Nieto doesn’t talk much about the devastating drug war hitting his country. More than 50,000 people have died in just the past six years. Instead, Pena focuses on what he says are the good times to come.

KAHN: Without a doubt, this is a great time for Mexico. Our economic expectations are encouraging, Pena told a packed Mexico City ballroom full of national business leaders last week.

Since taking office in December, Pena has become Mexico’s chief cheerleader, giving similar speeches like this one all over the country. And Pena, who is young like Obama and at the start of a new term is hoping his enthusiasm will help change his country’s image, especially in the United States.

Businessman Vicente Ruiz Pina, who was in the audience, loved Pena’s speech. And he’s happy President Obama got re-elected too. Ruiz heads the Chamber of Commerce in La Paz, Baja California.

KAHN: Ruiz says 95 percent of La Paz’s economy depends on tourists from California. All the negative press about Mexico scares away tourists and business. He adds, not all of Mexico is wrought with violence.

DUNCAN WOOD: It’s extraordinary how negative that image has become over the last four to six years.

WOOD: Something definitely needs to be done about that because it impacts upon so many other elements in the relationship.

KAHN: Wood says in the short-term, he doesn’t see any changes in the security agreements between the two countries. But he does think President Obama will also shift the conversation to more positive aspects, like business, trade and investments.

Arturo Valdes Perez sure hopes so. He’s from the northern Border State of Coahuila and exports cattle feed to ranchers in South Texas. He says his state is one of Mexico’s most violent, caught in the middle of a turf war between two violent drug cartels. He’s anxious to hear President Obama’s gun control plans.

KAHN: Our main problem is arms trafficking from the United States, says Valdes. As much as 70 percent of the weapons confiscated from Mexico’s drug cartels come from the U.S.

Mexico’s new ambassador to the U.S. also called on President Obama to control gun sales. And on Monday, peace activists delivered a petition with 54,000 signatures to the U.S. Embassy demanding a crackdown.

(SOUNDBITE OF A BELL)

KAHN: But not everyone is concerned with weapons and bright economic prospects. Javier Angel, a local writer, maneuvers his bike around a trash truck through Mexico City traffic. He says he hopes President Obama makes good on his promises to pass comprehensive immigration reform. He has two sisters in the U.S. and they both voted for Obama.

KAHN: He says his sisters hope President Obama can fix the problem. That is why they voted for him.