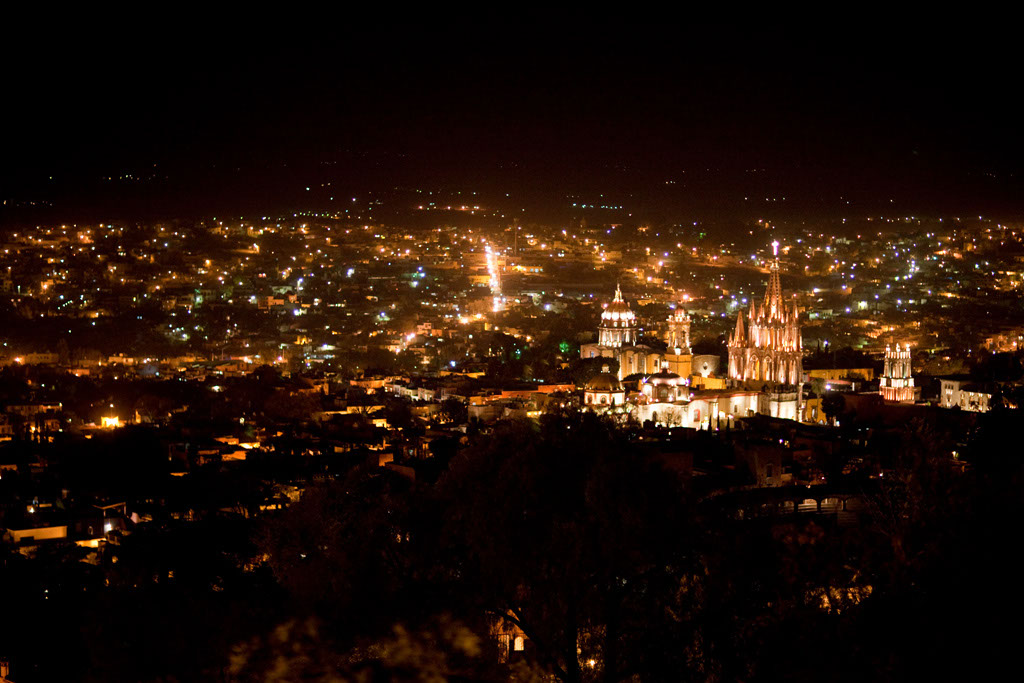 Mexico’s tourist towns are slowly recovering from the global economic crisis, said Larry Stebbins, a broker for San Miguel Sotheby’s International Realty. The Mexican market is highly dependent on the United States economy, and the financial crisis in 2008 took an immediate toll on Mexico’s second-home market. Prices in San Miguel, for instance, dropped 25 to 30 percent from their peak in 2007. “There’s a saying here,” said Mr. Stebbins: “If the United States gets a cold, Mexico sneezes.” Prices are still down in beach towns like Cancún and Puerto Vallarta, but Mr. Stebbins says the persistently low numbers are starting to attract bargain-hunters, so that more houses have been selling in recent months.

Another factor inhibiting sales, at least nationally, is drug violence, though this is not an issue in San Miguel. Many are hoping that the new president, Enrique Peña Nieto, who was inaugurated on Dec. 1, will make good on campaign pledges to reinvigorate the economy and recalibrate the country’s approach to drug traffickers.

The market in San Miguel de Allende remains fairly stagnant, said Ricardo Vidargas, owner of Dotty Vidargas Real Estate. Sales above $800,000 are rare, and even fewer houses above $2 million have sold in the past year. “A lot of people are getting desperate,” Mr. Vidargas said, “and so prices are coming down.”

At this point, he added, only houses in the moderate range of $400,000 to $600,000 are selling. The popularity of this market niche is partly attributed to homeowners who are downsizing from expensive properties during the North American real estate boom in the early 2000s.

Luxury homes in the countryside surrounding San Miguel command $900,000 to $2.8 million, according to Mr. Stebbins. Homes in the vicinity of the Centro cost $1.5 million to $4 million. The home profiled here is priced at $3.9 million, because of its large half-acre lot, a rarity so close to the Centro, said Holly Houston Ortiz, a real estate agent with San Miguel Sotheby’s International Real Estate and the listing agent for this property.

WHO BUYS IN MEXICO

Foreign buyers come from the United States, Canada and Europe, Mr. Stebbins said. Canadian and American buyers are the most prevalent in San Miguel de Allende, according to Ms. Ortiz, who adds that Canadians have recently increased in numbers because of the strength of their currency. She occasionally sees Italian or Spanish buyers, in addition to a handful of buyers from Central or South America. Mr. Vidargas says Mexican buyers are becoming more common in San Miguel, especially in the middle price range of $400,000 to $800,000.

It’s easy for foreigners to buy in Mexico, Mr. Vidargas said. While there are some restrictions on beachfront land, or land adjacent to the borders, neither restriction applies in San Miguel. Mr. Vidargas says foreigners must obtain permission from the government before they buy, but “it’s a no-brainer to get that permit,” he said. The process costs about $50.

The only major transaction costs are legal fees. Mr. Vidargas says these vary depending on the lawyer, but are usually around 1.5 percent of the purchase price. The seller pays the real estate agent commission.

High-end real estate is often priced in American dollars, according to Ms. Ortiz.

Taxes are about 4,000 pesos a year, the listing agent said.

First Look! Mario and Courtney’s Wedding Video at the House of Joe Francis...