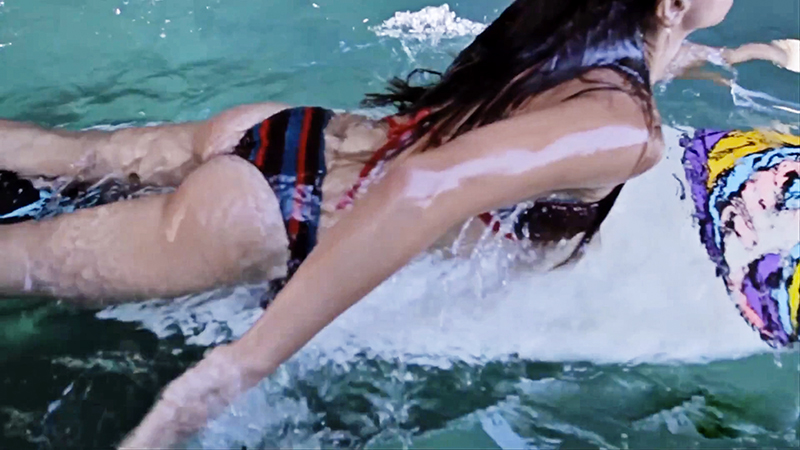 There are two types of vacations. The first involves a list of must-sees and must-dos, while the second involves no list at all. I was looking for the latter, along with sun, sparkling waters and a great margarita. I naturally thought of Mexico, and with my mom looking for a second home investment property, it was the perfect choice.

After all, in the last few years the Mexican government has poured $1.5 billion into upgrading infrastructure along the western coast, with tourism officials adding the catchy “Riviera” to the state of Nayarit’s name to attract more interest. In the heart of that area, the two sun-soaked coastal towns of Punta Mita and Sayulita, just 10 minutes apart, offer vacationers and second-home owners two very different options.

Just a 45-minute drive from Puerto Vallarta International Airport, Punta Mita is the unofficial celebrity of Nayarit state, with Banderas Bay, the Pacific Ocean and the Sea of Cortez bordering a secluded 1,500-acre peninsula. Think of Punta Mita as a fortressed compound with seemingly endless accommodation options including full-service luxury hotels, rental villas, residence clubs and home communities, along with home sites for future visitors and prospective buyers. One of Mexico’s largest real estate developers, Dine (pronounced dee-nay), owns and develops Punta Mita and has invested over $150 million in infrastructure. The master plan calls for a total of four luxury hotels and three championship golf courses; as of now the development has a Four Seasons resort, a St. Regis resort and two Jack Nicklaus Signature golf courses, including the Pacifico Course with the famous third hole dubbed “Tail of the Whale,” said to be the only natural island green in the world. (The hole’s tee box is on the mainland, while the putting green is on an island and accessible only by an amphibious cart at low tide.)

Golfing isn’t Punta Mita’s only draw. Even with rack rates at around $500 a night for a standard room, the luxe accommodations at the Four Seasons top almost every “world’s best” list. When we were there the property was teeming with couples having tapas at the beachfront restaurant, but to us the real attraction seemed to be the four-bedroom villas, which, albeit pricy at almost $4,000 a night, couldn’t have been built better for large families or a set of young couples traveling with kids. The gated 7,300-square-foot villas are composed of separate modular rooms, each with its own entrance, that face a shared courtyard. Amenities include a private infinity-edge plunge pool, gourmet kitchen, indoor-outdoor living space, washer and dryer and a full bathroom with each bedroom. Want to stay longer? The villas are also for sale, starting at $3.6 million, and residence clubs are priced from $200,000 for a one-twelfth share.

A quick golf cart drive away is the St. Regis Resort, where the rooms are individual casitas. Every Friday evening, guests gather at a spot
overlooking the bay for hors d’oeuvres and a demonstration of sabrage, a champagne-opening ritual Napoleon used to celebrate victories. The technique involves sliding a saber along a champagne bottle toward the neck, breaking the glass to separate the collar. When the resort’s sommelier did the honors during our visit, the crowd cheered as the cork and collar flew off and remained together, landing in the designer water-feature below. The staff then treated us and the other gawkers to glasses from the now-shorn bottle of Veuve Clicquot. Along with the complimentary bites, it was an event not to miss. Bubbly aside, the resort’s jewel in the crown is the 10,000-square-foot Remède Spa, with nine treatment rooms, a sauna and steam room, and signature treatments like the Ocean Pearl Massage with crushed-pearl exfoliation and warm seaweed body mask.

Only eight miles down the road is Sayulita, a picturesque fishing village where guys with names like El Tigre are the celebrities. Here you won’t find a big-name luxe hotel, but you will find surfers. The streets are dusty and the residents are serious about their siestas. It’s important to note that Sayulita time (Mountain) is an hour behind Puerto Vallarta (Central), and Punta Mita is on Central time. As we learned while waiting for our driver, this can cause confusion when you’re traveling between both towns.

In Sayulita, age, background and socioeconomic status don’t seem to matter. Residents and tourists alike congregate on the beach and dance to the salsa band at Don Pedro’s restaurant. And unlike Punta Mita, Sayulita is an established town, with local residents, church bells ringing out and authentic side-of-the-road food stands, where women set up their homemade tamales after whisking their children off to school. Almost everything is within walking distance off the square, from cafes to small grocery stores to art galleries selling intricately beaded work by the indigenous Huichol people.

One of the nicest hotels in the area is Villa Amor, a Portofino-style property with beachfront villas, an expansive view of the coast and a small area for lounging in the sun. For accommodations more in the center of it all, choose an upstairs room at Petit Hotel d’Hafa; this Moroccan-inspired place is tiny but has a roof deck that can’t be beat.

My mother still had her mind on that vacation home, so we took a speedboat to tour Punta Sayulita, a private oceanfront enclave of 62 homes where development has recently broken ground. It sits on a 33-acre peninsula with a beach and surf club for residents’ exclusive use. De Reus Architects designed this low-density, golf-cart-only community with an expansive walking trail system. Residences feature private plunge pools, airy floor plans and an emphasis on indoor-outdoor living to make the most of the good weather—Sayulita is on the same latitude as the Hawaiian Islands.

Settling in on our flight back to the Bay Area, we still couldn’t decide which town my mother should adopt as home away from home. Sayulita has charm and community (plus the unbeatable shrimp burritos at the roadside Burrito Revolución), but the pristine, almost Hollywood-set-like surroundings of Punta Mita could not have been more ideally designed in our dreams.

Months later, she’s still stumped, but know that whichever beach town you land in, the Riviera Nayarit is a great choice for a short, sun-soaked, easygoing vacation—or something a little longer.
House Hunting?

Ownership opportunities abound in Punta Mita, where residences for sale are priced from $500,000 up to $14 million. Buyers’ choices range from Kupuri —considered one of the more exclusive offerings in this already exclusive area, with only 14 home sites and a private beach club and mountaintop bar—to an already built home in El Encanto, which has 54 two-story or split-level residences with panoramic views of Bay of Banderas.