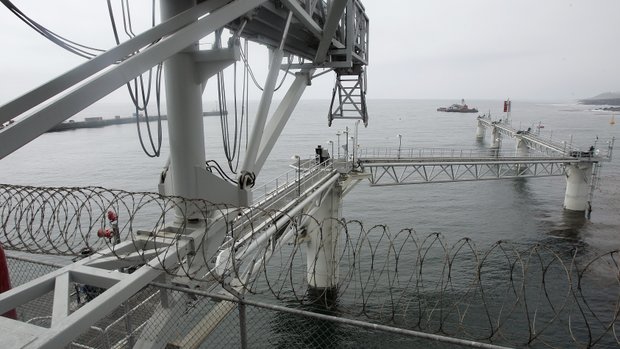 Long-term investors have lately had trouble making up their minds about Mexico. Now its new president wants to push them off the fence, and that could be a very good thing for San Diego’s economy.

He also wants to deregulate the nation’s electricity production, which could unlock the vast potential for manufacturing growth in Tijuana and the rest of northern Mexico that stalled during the Great Recession.

Just last month the world’s oil industry, which eagerly operates in Nigeria, Russia and other scary places, demonstrated that it doesn’t quite trust Pemex: The company tried to auction production rights to six exploration sites, but potential partners passed on half of them — including an area holding an estimated 1 billion barrels of crude.

In this context, the president’s proposal this week suggests that Mexico is at last accepting reality. Under Pemex, oil production plummeted to 2.5 million barrels a day in 2012 from 3.4 million in 2003.

A third of the federal government’s revenue comes from the company. Allowing oil output to dwindle spells eventual doom for any president. On the other hand, reversing the decline holds strategic significance that goes far beyond Mexico. Energy production is skyrocketing in Canada and the U.S., thanks to innovations in oil and natural gas extraction.

The resulting stability in price and supply is spurring the return of manufacturing to the continent. Contrary to predictions just a few years ago, North America could displace Asia as the 21st Century’s global economic powerhouse, particularly if Mexico can unshackle its energy resources.

The surge of investment and growth that followed the North American Free Trade Agreement in 1994 lost momentum in the 2000s under the weight of bad economic policies, official corruption, drug wars and Asian competition.

But now the government is making progress in the drug war. Reform is back in fashion. And some big investors are betting on growth.