MEXICO CITY — Six years ago, Benjamín Hernández turned his family’s small metal-stamping company into an exporter. Although the firm barely survived the global economic crisis, it bounced back last year. But now he has a new worry.

Mexico’s peso is rapidly rising against the United States dollar, which means that the cost of producing in Mexico for the American market is climbing in dollar terms. But because Mr. Hernandez faces global competition for his plant’s fire extinguisher brackets, “increasing our price isn’t an option,” he said.

So Mr. Hernández keeps reinvesting in the company, called Bicar, and praying for the United States economic recovery to continue, to stimulate his sales. “We just have to make a better effort to be more efficient,” he said.

That seems to be the business attitude of Mexico right now, as the rising peso puts pressure on its exports even as Mexican policy makers are reluctant to intervene.

“We decided many years ago to bet on a free-floating peso,” the Mexican finance minister, Ernesto Cordero, said in a radio interview last week. “It has given us good results, and we are convinced of this.”

The peso’s value began climbing last year and has increased more than 9 percent since the beginning of 2010. And now the trend is speeding up, with the peso having risen a full 3 percent so far this year alone.

As the exchange rate has dipped below 12 pesos to the dollar, the local press is full of speculation over what it calls “the superpeso.”

The reasons behind the increase are the same as those pushing up currencies in other emerging markets. Facing low yields in developed countries, investors have bought securities in Latin America and Asia where returns are higher.

“Mexican workers make only about 14 percent more than their Chinese competitors, according to figures from the International Labor Organization.”

In a number of countries, this “hot money” has set off alarms, raising fears that climbing currencies will make exports uncompetitive and create asset bubbles. Authorities in several counties, including Brazil, Chile, Thailand and Korea, have imposed varying controls to try to brake the flow of this speculative money.

But Mexican authorities have ruled out intervention.

Despite the peso’s increase, Mr. Cordero, the finance minister, said last week that it had not risen as fast as other Latin American currencies.

Still, the superpeso talk is rooted in concern that fickle investors could leave the country as fast as they entered, if they sense that the currency’s value cannot hold. In response, the government has been building up reserves and recently increased a credit line from the International Monetary Fund.

“To any foreign investor in securities, this government is signaling that it is going to hang on to a very strong currency,” said Rogelio Ramírez de la O, an economist, who argues that the government prefers a strong peso because it brings stability. “It is a no-brainer to buy the peso.”

But the risk, he said, is that “you are inviting speculators to give you a capital outflow whenever something changes in the United States, particularly if U.S. interest rates rise.”

Export figures suggest that the strong peso has not caused any harm yet. Although the currency is now at its strongest level since October 2008, Mexico registered blistering growth in exports, which drove an economic expansion above 5 percent last year.

Mexican exports rose almost 30 percent in 2010. The standout was the auto industry, where exports grew 52 percent to a record.

In part the export boom is a rebound from a disastrous 2009, when the economy shrank by 6 percent as the recession caused demand in the United States for Mexican products to dry up.And yet, while it is still too early to tell if the rising peso will damp exports this year, it is already forcing executives to revise the spreadsheets they drew up several months ago as they planned for 2011.

Nicolas M. Guillet, the president of Salzgitter Mannesmann Precisión, the Mexican subsidiary of a German supplier, said the steel tubes his plants produced for the auto industry were priced in dollars. But the stronger peso means that his costs for labor, gas and electricity are all rising in dollar terms.

Since he cannot pass the increases on to his customers, the impact is on the bottom line. “It has eaten a significant chunk of my margin,” he said.

The company, which set up production in 2007 outside Guadalajara, has been studying how to hedge against the stronger peso. “This creates an extra layer of complexity,” Mr. Guillet said. “Our strength and skills are in producing good parts at a competitive cost, not in managing currencies.”

Still, even with the pressure from the rising peso, he expects sales to increase 60 percent this year, on top of a 100 percent increase in 2010.

Mexican manufacturers have several advantages that could help them stay competitive even if the peso continues to strengthen, said Luis Arcentales, an analyst at Morgan Stanley in New York.

One of those is the transformation of Mexican manufacturing under the North American Free Trade Agreement. Plants here are now locked into a complex logistical network of suppliers and producers that is unlikely to unravel overnight simply because costs fall in other countries.

Another advantage is that Mexico’s main competitor, China, is not as much of a threat as it once was, as Chinese wages rise. A decade ago, Mexican hourly wages were more than 200 percent higher than Chinese wages. Now, Mexican workers make only about 14 percent more than their Chinese competitors, according to figures from the International Labor Organization.

For small producers like Mr. Hernández, the metal stamper, who has begun to rehire the employees he let go during the recession, his company’s hard-won competitiveness means he can withstand a stronger peso for some time. But at some point, he said, “everything has its limit.” 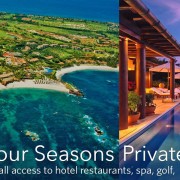 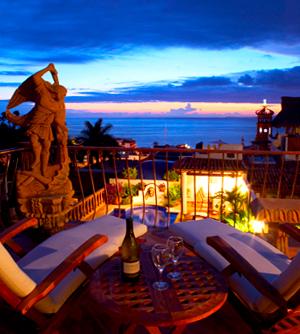 If facts don’t lie, is Mexico safer than the U.S.?
Scroll to top