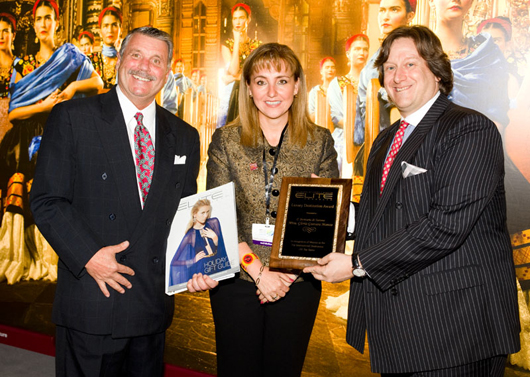 Mexico has been ranked as the number one spa destination in the world and number two for luxury travel, according to Minister of Tourism Gloria Guevara, who made the announcement before a standing room only reception at World Travel Mart here.

Elite Traveler recognized Mexico in its July/August 101 Top Suites issue as the top international destination for the best suites in the world.

Underscoring the size of Mexico the Minister noted from top to bottom, Mexico is approximately the same distance as “Moscow to Madrid.” Promoting the country’s 31 World Heritage sites and 110,000 historical monuments, Guevara said she hopes her country can move from Number 10 in visitor arrivals to Number Five in the next five years.

In a survey of 22,000 tourists last year, she said consumers gave Mexico a 9.2 ranking on a scale of 10 and 97 percent said they were return visitors making her top goal to get new travelers to try Mexico.

To help visitors feel more comfortable, the Minister is launching anew hotline with service in English, French and Spanish that will handle any questions or problems from visitors and a Traveler Ombudsman that will make sure visitors who have problems get a quick response.

Williams noted that Cancun will become BA’s second destination in the country after Mexico City while Guevara unveiled for the European tourism industry “Routes of Mexico” which she said was “something we learned from Europe” with a series of suggested tourism routes throughout the country tied together by specific themes and interests.