The Mexican proverb “when Uncle Sam sneezes, Mexico catches a cold” is still a truism despite initial suggestions to the contrary in the August 2006 LA Times article titled “Mexican Resorts Show No Sign of Catching U.S. Housing’s Cold.” Certainly the US real estate economy has greatly affected the perspective of US buyers when they consider coastal property in Baja California, Mexico. The fact is that for many the recent withering of their home equity and other financing options means that coastal property south of the border is no longer something that they can consider. 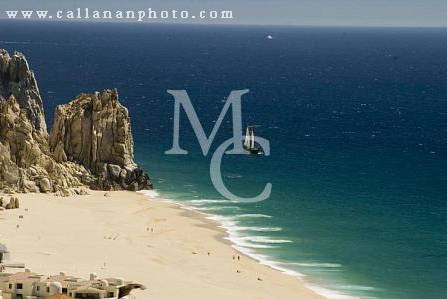 Yet there is still a large group of Baby Boomers who do have the resources to take action, but market uncertainties have most of them in a holding pattern.

I am frequently asked by those with the resources to make a purchase, “Don’t you think that they are over building real estate inventory in Baja?” My answer is always a qualified “No, there is not a problem of excess inventory in Baja.” That is because Baja California simply is not close to being overbuilt but there are important considerations that the casual visitor does not see.

My answer that Baja California is not overbuilt is usually counter intuitive to the thought process of interested buyers who have the liquid assets to purchase. When they review the web, when they open the local tourist newspaper, and as they drive all along the coastline they see signs offering nothing but inventory, inventory, and more inventory.

In the surface level analysis of potential buyers, well-heeled developers came down to take advantage of the boom a few years ago only to find themselves hit by the drop in the US economy. That simple analysis of theirs is only partially correct. This wave of upstart developers has been called the phenomenon of “two guys with a cell phone.” Developers and investors did come down to take advantage of the boom and the US economy is having a big impact on their business plans.

However, the secret beyond the view of casual observers is that the local developers are simply not well-heeled. Most are not coming to build with tens of millions of dollars in their pockets. The vast majority are highly dependent upon buyer deposits to complete. So, no, we don’t risk being overbuilt with excess inventory. Our area runs the high risk of over committing. In other words, most of our Baja California real estate inventory isn’t real, it’s virtual. It’s ethereal. It’s air! (Or a few steel girders in the air.)

This is a major contrast to the Miami, Florida condo market where some developers are dropping prices over 20% to move units in large towers that are already complete. The Baja situation is beyond the solution of a furniture or upgrade incentive worth $50,000 to encourage someone to move in next month. The fact is that most of our Baja California inventory does not exist! The developers are waiting for buyer deposits, credit is harder to come by than ever for them, and so there the land and sales offices sit. This virtual inventory has little relationship to the prices of real, existing inventory.

The importance of understanding this phenomenon is that it helps potential buyers distinguish illusion from reality and focus their hard-earned dollars on motivated developers and sellers of existing real estate made of brick, block, steel, and stone. When we eliminate the virtual inventory, we are left with the much simpler choice of finding those sellers that have real life events that require that they sell. Motivated sellers are selling their properties at prices similar to one-and-a-half to two years ago.

These are the deals going on in Baja California. Real, motivated sellers with livable homes and real buyers who recognize a deal when they see one. Eliminating the virtual inventory and unrealistic sellers clears the market for the business to continue at a much moderated rate and keeps real prices in check. It also keeps buyers focused on options that better protect their investment by delivering title immediately instead of waiting years with deposits in play.