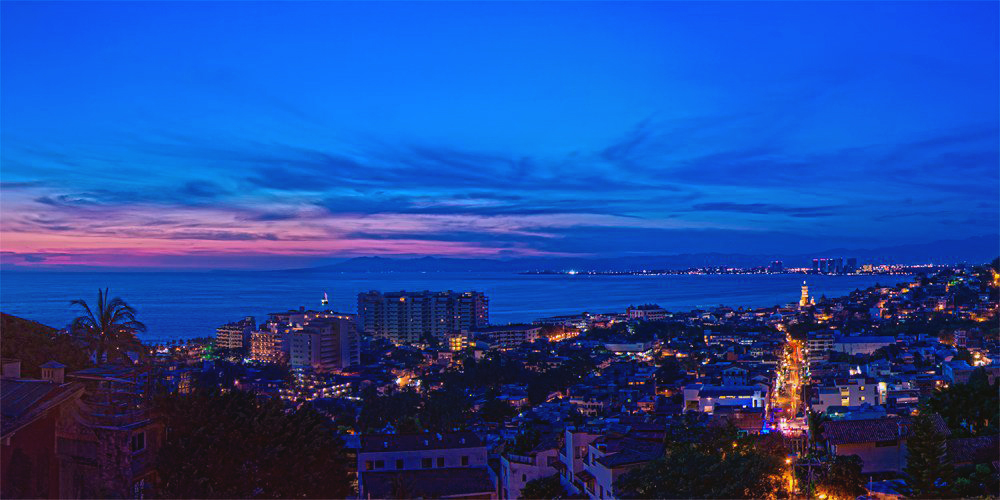 It’s dirty, it’s deadly and it’ll draw you to drink. In fact, writes Albert Buhr, Puerto Vallarta is an oasis for the brochure-weary traveller.

PUERTO Vallarta is preposterous. I step from the airport bus onto the cobbled streets of the old quarter, where the jungle seeps from the hills into this Mexican holiday town on the Pacific coast. On the sidewalk, locals sit under cowboy hats and sip their evening cervezas, lit by the multicoloured lights that frame the doorways of bars. I step aside for a strolling strummer and accidentally bump into a tattooed bandito with a pet iguana draped round his neck. His face is scarred; his grin is devastating.

After some dazed wandering, I’m as lost as the writers of Lost. I ask some locals clustered around a taco stand to direct me to a reasonable hotel, as onions hiss and spices assault my nostrils. “El mar, the sea,” is the general direction they seem agreed on, but the fits of gesticulation that follow are all contradictory. Their desperation to be helpful quickly threatens to turn hostile. Spinning with advice about the best shortcut, I lurch across a swing bridge over the Rio Cuale before arriving at the Malecon, the paved walkway along the seaside where holidaymakers steer through an obstacle course of flame-throwers and jugglers and mariachis.

The culture shock is acute and, after the 17-hour flight from London, I’m drawn to drink. I trot up a flight of stairs and find a seat on a restaurant balcony overlooking Banderas Bay. Revellers spill from nightclubs onto the street below. A group of ranch hands whoop and holler from the back of a monster pick-up, complete with mounted bull horns. They’re clearly about a beer shy of whipping out pistols and firing some rounds into the air. And why not? This country operates under Napoleonic Law – you’re guilty until proven innocent. So if everyone in sight is already guilty, they might as well get their kicks, right?

Then, beyond the palm trees, out on the moon-reflecting bay, an 18th-century Spanish galleon glides majestically out of the dark, in full sail. As if that’s not enough, it starts to hurl fireworks into the sky. Big explosions bathe the world in sparks of red and green, and now I’m quite sure I’ve stumbled into a theme park called Disney on Drugs. I check my pulse. Has someone slipped me mescaline? Surely this is the movie-set version of Mexico, where the devil-may-care bonhomie has been coaxed from the cast with copious quantities of tequila.

My singular preparation for this trip had been a viewing of the black-and-white The Night of the Iguana, filmed here in the early ’60s. One of Richard Burton’s lines now springs to mind: “The Fantastic Level and the Realistic Level are the two levels upon which we live.” I’ve arrived, undoubtedly, on the Fantastic Level.

The Mad Money Is in Mexico? – CNBC’s Cramer a happy owner, long...

How can La Punta Realty help you plan the perfect vacation?
Scroll to top