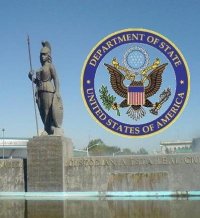 Guadalajara, Jal., July 13, 2011, I am deeply disturbed by statements which appeared in a recent news report published by at least two news media organizations based in Puerto Vallarta under the headline, “Preocupa a Consulado Inseguridad en Puerto Vallarta.”

The statements, which are attributed secondhand to U.S. Consular Agent Sra. Kelly Trainor, are taken out of context and attribute to Ms. Trainor things she did not say.  Moreover, the statements are made to falsely imply that the U.S. Consulate is concerned by the present security conditions in Puerto Vallarta.

The U.S. Consulate General has issued no advisories against travel to Puerto Vallarta and is not aware of any incidents that would have a significant impact on our current security assessment.  The Consulate is prepared at all times to respond to legitimate inquiries from media representatives — which did not happen in this case, American citizens, and other interested parties.  This specific report, regrettably, is irresponsible and does not meet the standards of professional journalism.

The Resurrection of the PRI Return of the Dinosaurs in Mexico