Not much news has circulated about former Yahoo CEO Tim Koogle since he left the Internet company in 2001 in the midst of the dot-com bust. He had a brief stint as interim CEO of social network Friendster in the ensuing years, but now Koogle is trying his hand at real estate development. His luxury Mexican beach villas, of which there are seven, are now on sale for $6.2 million each, according to a statement Monday from his company El Banco.

Koogle isn’t the first Internet executive to eschew virtual investments for ones in real estate. Jim Clark, founder of Web browser pioneer Netscape and workstation company Silicon Graphics, left Silicon Valley after the first Internet heyday to develop condos and rental properties in Florida. In an interview in 2003 with Business Week, Clark said he had “gone back to making money the old fashioned way.” 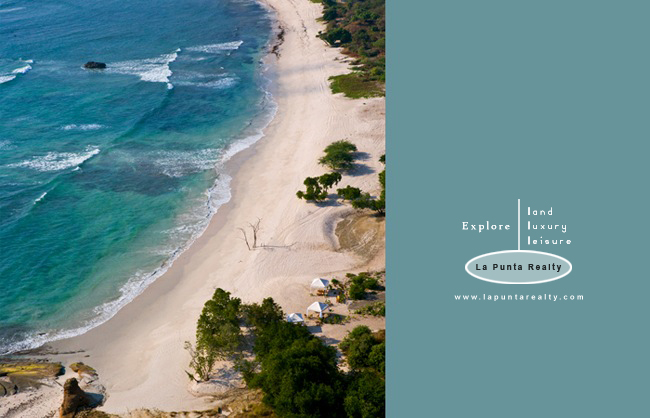 Similarly, Koogle has built housing on 100 acres of land, but his four-bedroom beach villas are much higher end. The development is near Punta de Mita, Mexico, about 45 minutes from Puerto Vallarta, and the villas “offer expansive views of the Bay of Banderas, Marietas Islands, Sierra Madre Mountains,” and the white-sand beaches, according to the company. Two of the seven villas are built, but all of them are for sale.

Eventually, Koogle and his wife Pam (a partner in the venture) plan to build a boutique hotel called Las Banderas del Banco, which will include a spa, cooking school, and about 75 guest suites.

Like Clark, Koogle seems to be drawn to the tangible investment.

“Having worked on great technology brands for much of my career, building something as tangible as a luxury real estate development is terrifically satisfying. My love of design, training as an engineer, and history as a businessman have all come into play in developing El Banco,” Koogle said in a statement.