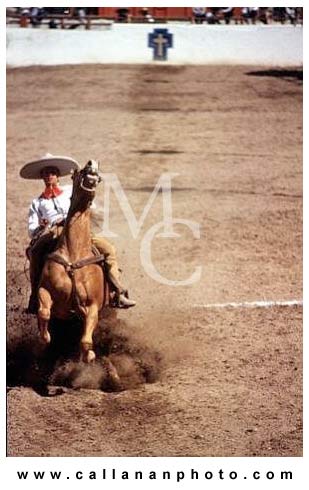 Even as Mexico continues to struggle with grave security threats, its steady rise is transforming the country’s economy, society, and political system. Given the Mexico’s bright future and the interests it shares with the United States in energy, manufacturing, and security, Washington needs to start seeing its southern neighbor as a partner instead of a problem.

Four tons of cocaine confiscated by U.S. authorities off the California coast; 35 bodies dumped by the side of a busy Veracruz highway in broad daylight; an attack by gunmen on a birthday party in Ciudad Juárez killing 14, many of them teenagers: tragedies like these, all of which occurred over the past two years and were extensively covered by the media, are common in Mexico today. Prominent Mexican news organizations and analysts have estimated that during the six-year term of Mexico’s last president, Felipe Calderón, over 60,000 people were killed in drug-related violence, and some researchers have put the number at tens of thousands more. Mexico’s crime rates are some of the worst in the Western Hemisphere. According to Latinobarómetro, an annual regionwide public opinion poll, over 40 percent of Mexicans say that they or a family member has been the victim of a crime at some point in the last year.

Hidden behind the troubling headlines, however, is another, more hopeful Mexico — one undergoing rapid and widespread social, political, and economic transformation. Yes, Mexico continues to struggle with grave security threats, but it is also fostering a globally competitive marketplace, a growing middle class, and an increasingly influential pro-democracy voter base. In addition, Mexico’s ties with the United States are changing. Common interests in energy, manufacturing, and security, as well as an overlapping community formed by millions of binational families, have made Mexico’s path forward increasingly important to its northern neighbor.

For most of the past century, U.S.-Mexican relations were conducted at arm’s length. That began to change, however, in the 1980s and, even more, after the 1994 North American Free Trade Agreement (NAFTA) spurred greater bilateral economic engagement and cooperation. Mexico’s democratic transition has further eased the wariness of some skeptics in Washington. Still, the U.S.-Mexican relationship is far from perfect. New bilateral policies are required, especially to facilitate the movement of people and goods across the U.S.-Mexican border. More important, the United States needs to start seeing Mexico as a partner instead of a problem.

SHANNON K. O’NEIL is Senior Fellow for Latin America Studies at the Council on Foreign Relations. She is the author of the forthcoming book Two Nations Indivisible: Mexico, the United States, and the Road Ahead (Oxford University Press, 2013), from which this essay is adapted. Follow her on Twitter @latintelligence. 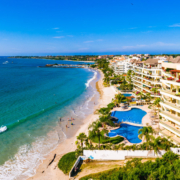 In tourism terms, Riviera Nayarit has been an overnight sensation