Come along with Chef Michael Smith on his latest culinary adventure as he circumnavigates the globe, meeting fascinating people, doing amazing things with food in unique and unusual places.

Festival Gourmet International Vallarta, the annual food and wine event that has been tempting the tastebuds of Banderas Bay area residents and visitors for years, returns to Puerto Vallarta every November.

Once a year, a star studded cast of national and international guest chefs come to Puerto Vallarta to share their expertise with the talented chefs from some of the finest restaurants in Puerto Vallarta and around Banderas Bay.

For those who are familiar with Puerto Vallarta’s annual gourmet festival, expect the same spectacular events: the inauguration cocktail to introduce the visiting chefs, the fantastic Sunday brunch with traditional Mariachi and the final gala event topped off with fireworks that light up the night sky.

But the best part of this 10-day event is that each participating restaurant hosts a guest master chef to create a festival all of its own – and that means you’ll have a multitude of unique opportunities to savor inspired world-class menus!

In addition, throughout the 10 day event selected restaurants host special Chef’s Table and Winemaker Dinner for a limited number of guests. Made memorable by magnificent gourmet menus paired with excellent wines, these intimate evenings offer diners the opportunity to get “up close and personal” with a favorite chef.

Puerto Vallarta’s annual International Festival Gourmet also offers you the opportunity to attend cooking classes, learn about wine pairing, taste the newest and best in both wines and tequila, and, of course, savor the flavors of Mexico – and the world – at some of the finest restaurants in the Banderas Bay region.

Do your palate a favor and visit this year’s Gourmet Festival in Puerto Vallarta, Mexico. You won’t regret it. In fact, you’ll never forget it. Spaces go quickly, so early reservations are advised.

For more information about this year’s Festival Gourmet, or to make your reservations, visit  http://www.festivalgourmet.com/ 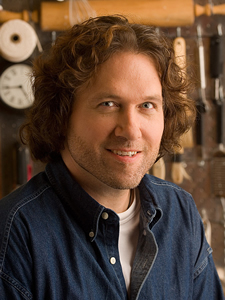 Chef Michael Smith, host of Chef Abroad and Canada’s top-rated series Chef at Home, has been cooking professionally for over twenty years. An honors graduate of the prestigious Culinary Institute of America in New York, his career has spanned the globe from stints at a Michelin three-star restaurant in London to South America, the Caribbean, North America and some of Manhattan’s finest kitchens.

In 1992, Smith joined Prince Edward Island’s now famous country inn, The Inn at Bay Fortune, which soon became one of Canada’s top 10 restaurants with the chef noted for his intense focus on regionalism and the foods of the island.

In 1999, Smith opened his own restaurant, Maple, in Halifax. It quickly became recognized as one of the top venues in the country for Canadian Cuisine. In the fall of 2001 Smith left Maple to focus on his new series Chef at Large. In May 2002, he was presented the James Beard Award for “Best National Television Special” for his documentary Saturday Night.

Perhaps his most challenging initiative to date is the recent shift Smith made from professional chef to home cook. His 3rd series, Chef At Home, debuted to rave reviews and top ratings in 2004 and features a behind-the-scenes peak at Smith’s home kitchen and how he cooks for his family and friends.

Smith has authored three cookbooks to date. “Open Kitchen: A Chef’s Day at The Inn At Bay Fortune”, published in 1998, took the bronze medal at Cuisine Canada’s Cookbook Award that same year. He followed that with “The Inn Chef” a year later.

Host of Chef at Home, Chef at Large, The Inn Chef, and now Chef Abroad, Michael Smith can be seen in more than 25 countries. He is an award-winning cookbook author, newspaper columnist, roving Canadian cuisine ambassador and home cook. But Smith says his favorite role by far is Dad, at home on Prince Edward Island with his partner Rachel and their son Gabriel! 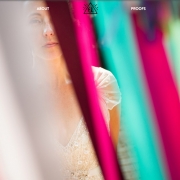