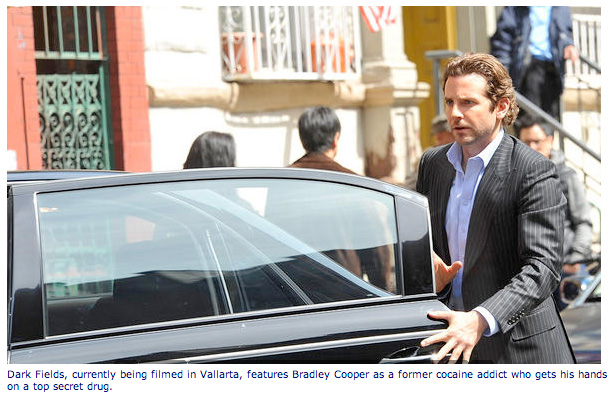 Though the film’s story-line actually takes place in the Mediterranean, Puerto Vallarta and Riviera Nayarit were chosen as the backdrop for important scenes in the production of “Limitless” a movie directed by Neil Burger and starring Robert De Niro and Bradley Cooper.

The thriller is based on a book by Alan Glynn, and features Cooper as a former cocaine addict who gets his hands on a top secret drug that enhances intellect and other abilities, but soon discovers that it has lethal and lasting side effects

Many of the scenes are being filmed in Old Town Vallarta, where tourists and locals looked on last week as the city’s main avenue, Avenida Paseo Diaz Ordaz, was closed to traffic for a car chase scene.

Local government officials say the film production company has booked 1000 hotel rooms and will “leave behind one million dollars” in Vallarta.

THE FUTURE OF PUNTA MITA