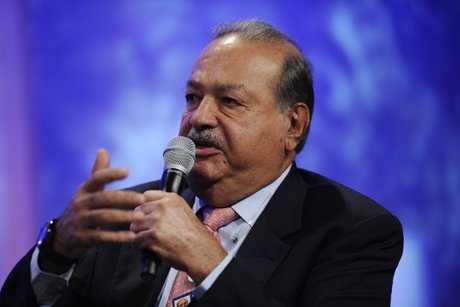 MEXICO CITY: Mexican billionaire Carlos Slim’s Carso Group will invest almost $4.7 billion in Mexico in 2012, including more than half in the telecoms sector, according to a company statement Tuesday.

“During 2012, our investments in Mexico will be $4.66 billion, generating more than 100,000 jobs,” according to the conglomerate including telecoms, construction, entertainment and health companies.

Among the building projects were the continued construction of a water treatment factory in Atotonilco, in Hidalgo state, north of Mexico City, set to treat 60 percent of residual water from the Valley of Mexico, which includes the capital.

Carlos Slim is considered the world’s richest man, with a fortune estimated at $74 billion last year by Forbes magazine.

Slim, who is of Lebanese origin, earned his wealth building up the telephone monopoly Telmex after acquiring it from the Mexican government in 1990.

Bond investors can’t get enough of Mexico
Scroll to top