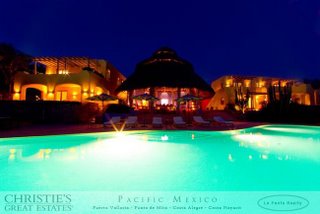 Why settle for a country house when you can settle in a foreign country?
Carolina Buia reports on making yourself at home in nine to-die-for destinations

Spending a month in the country used to mean loading up the station wagon and driving an hour to the family cabin. But these days, more and more Americans are leaving their SUVs in the garage, grabbing their global phones, and heading to their country house…in Tuscany.

The spike in single-family second homes—domestically, sales have risen 27.4 percent since 1995, according to the National Association of Realtors (no statistics exist for sales abroad)—coincides with changes in the tax code that all but did away with the capital gains tax for homeowners wishing to trade down to a smaller primary residence, and then use some of their equity to purchase a second property. Low mortgage rates and a lackluster stock market are further fueling the fervor.

Everyone has a different reason for buying abroad. There’s the international banker who tires of being boxed up in London hotels and snaps up a flat overlooking Hyde Park; the Midwestern couple who studied Spanish in college but never had an opportunity to use it—until they threw caution to the wind and retired part-time to Puerto Vallarta; and the über-intellectuals with 2.5 kids who spend spring break in a Paris town house discussing Impressionist art over croque monsieurs and Oranginas. Who hasn’t traveled to a foreign country and toyed with the idea of scooping up some exotic piece of real estate?

But before you make such a dream your reality, there are a few critical details to attend to. First, familiarize yourself with the laws and customs of your host country. Investigate the tax codes, currency restrictions, and the types of visas handed out to foreigners. Regardless of your age and physical well-being, inquire about health-care facilities and local insurance providers (and note that Medicare will not cover you outside the United States).

Still interested in a year-round commitment? A number of useful Internet sites (see “Resources,” below) will clue you in on the particulars of various areas—from local politics to the price of a gallon of gasoline. And don’t forget to check the U.S. State Department’s home page (http://www.state.gov/) for an up-to-date account of the country’s economic and political situation. The last thing you want is to sink money into a place that’s on the brink of a coup.

Once you’re ready to look at homes, you’ll need to track down a local real estate agent. In the past five years, Americans’ growing appetite for property abroad has prompted U.S. realty companies to expand their overseas operations. Such reputable firms as Coldwell Banker (973-428-9700), Re/Max (800-525-7452), and Sotheby’s (800-848-2541) will either match you with one of their representatives abroad or direct you to a prescreened affiliate.

In many countries, real estate agents work for the seller and hence have little incentive to negotiate a better price for the buyer. That is why Americans often hire a “property finder,” a specialty agent who assists buyers for roughly a two percent fee. Be particularly careful in places like Bali and Mexico, however, where real estate agents are not required to hold a license and scam artists prey on starry-eyed foreigners.

While hiring your own real estate agent may be a good idea, getting a lawyer is a necessity. Ask your agent or a fellow expat to recommend an attorney. The local American consulate and most major law firms in the States can also provide referrals. If you’re in a country where English is not the official language, you will want a bilingual lawyer to translate all your documents. Depending on the country and the complexity of your purchase, legal fees should range from one to five percent of the sale price. 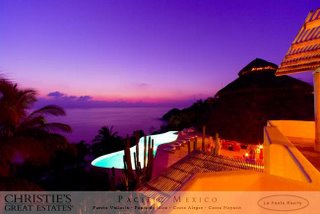 But this is no time to skimp—something Alfonso and Mercy Cordero learned the hard way. Five years ago, the Stateline, Nevada, couple were looking to build a winter retreat. Serendipitously, they received a brochure in the mail promoting cliffside estates in Careyes, Mexico. “The photos looked so beautiful that we flew down to Careyes,” says Alfonso Cordero, a recently retired entrepreneur. It was exactly what he wanted: a quiet town of about 3,000 inhabitants, an azure sea, and a nostalgic return to the country he had left as a child. A real estate agent helped him purchase restricted oceanfront land by establishing a 50-year trust in the name of a Mexican bank, with the Corderos as the beneficiaries.

Ready to build his 22,000-square-foot, 9-bedroom stucco mansion overlooking the Pacific, Cordero hired a contractor and an architect—but didn’t consult with an attorney. “It was a nightmare,” he says. “The contractor took me for a ride. We’d agree to certain deadlines and prices, and then I’d return to Mexico to find that all the agreements had been broken. In hindsight, I wish I’d hired a lawyer.”

While every city—and every home purchase—is unique, there is a basic blueprint to buying abroad. The first step is for the buyer and the seller to agree on a price (at which point a security deposit of, say, ten percent may be required to take the house off the market). Your attorney should then receive a copy of the property title from the seller and verify that the property is free from any liens or encumbrances. He or she should also advise you of any strange historical covenants, like those in England and France that permit sheep to traverse your backyard, or construction bans that prevent you from bulldozing an ugly landmark to put in a pool.

“If you are buying anything that’s more than a hundred years old, pay for a structural survey,” warns Paul Tayler, director of Sotheby’s in London. “You want to make sure that the roof is not going to cave in and that the pipes and drains are in good condition.” The cost is usually an incidental half-percent of the purchase price.

Once the deal is sealed, the search for financing begins. Don’t rely on your bank back home to lend you the money for a chateau in Brittany—unless you’re willing to borrow against another asset, like a certificate of deposit or a brokerage account. If you’re skittish about doing that, many banks abroad will extend a mortgage once you’ve opened an account. Then again, don’t be surprised if you can’t secure a mortgage for the same long term as in the States (a 30-year mortgage is often unheard-of elsewhere) or if a foreign bank adds a premium to the interest rate it charges locals.

You might tell yourself that you’ll pay off the mortgage by renting out your new home. But while the steady stream of income is nice, countries such as France and Mexico have set up tough eviction laws to protect tenants. “I’ve seen many Americans rent out their property in France only to have their tenants decide to stay without paying,” says Jack Anderson, a tax attorney for Ernst & Young in Paris. “It can take up to three years to evict tenants, unless you’re able to prove to the courts that you’ve found them a similar apartment to move into.”

If you do decide to take on renters, you must report the income on your U.S. tax return, in addition to filing with your host country. Don’t worry about double-taxation, though: The United States has reciprocal tax treaties with 61 nations, so any amount paid abroad will be credited against your U.S. taxes. You may even be able to dodge Uncle Sam altogether by writing off the maintenance expense. You should also draft a local will if you want the property to pass to your heirs. If you decide to sell it, be aware that capital gains taxes in some countries can reach as high as 40 percent, although your accountant or tax attorney may be able to ease the sting. 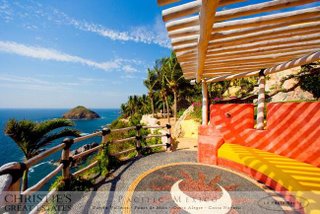 Legalese, strange covenants, and squatters may make that country house in Tuscany seem like more trouble than it’s worth. But hire the right people, keep a cool head—and read on for how to buy in nine to-die-for destinations—and your home abroad could be just a boarding pass away.

escapeartist.com: A smorgasbord of a site with rundowns on most major countries, as well as real estate listings and information on international hospitals, health insurance, and taxes.

expatforum.com: Contains a useful cost-of-living index for 45 especially popular countries, and extensive message boards that allow you to communicate with expats and others who are considering relocating.

internationalliving.com: The online companion to the reputable niche publication International Living. While you’ll be able to scan classifieds for properties to buy, lease, and even swap, access to premium content is off-limits to nonmembers; a one-year membership is $89 and includes a subscription to the magazine.

oanda.com: The Net’s staple currency converter allows you to compare greenbacks with 164 other currencies with one click.

peoplegoingglobal.com: Country-specific cheat sheets address everything from how to dress in your host country to how to address a local.

state.gov: The U.S. State Department’s official site is a must—especially its “Travel and Living Abroad” section, which offers extensive country profiles and warnings on which ones to shy away from.

Want a home (far) away from home? Follow Carolina Buia’s directions through swamps of bureaucracy and knotty financing: