During the past 15 years, International Living magazine has calculated its Annual Global Retirement Index; a resource intended to assist retirees and future retirees in evaluating and comparing the world’s most popular retirement destinations. It is based on a number of criteria, giving various weights to each, depending on its importance to retirees. Listed below are those criteria considered with their individual weighting: 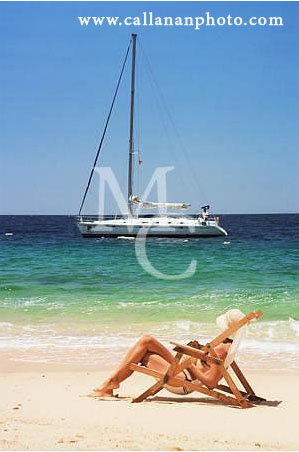 Believe it or not, until this year, Panama had topped the list for the past six years. It still has plenty to offer retirees, however this year, with 30 countries being analyzed and ranked, it fell to fourth position. Ahead of Panama in third position, was Italy with its beautiful cities, its fine weather, and of course, its historic sites. In second position was, of all countries, Ecuador, which moved all the way up from the tenth position last year. Ecuador offers an extremely low cost of living, great weather, beautiful land, a growing economy tied to the US dollar, and a stable political environment. It might be a well kept secret, but Ecuador is becoming a land of opportunity and retirees are taking advantage of it.

Now, for the number one ranked country in the world for retirement; MEXICO! Aside from the fact that Mexico is extremely convenient to the US and Canada, that Mexico’s Senior Citizens´ Benefits Program offers up to 50% discounts on many services to retirees over the age of 60, that the Mexican government has enacted many new laws encouraging foreign investment, Mexico has become an incredible place to enjoy retirement, offering the quality of life that North Americans are accustomed to with numerous extra benefits.

(As a side note, a few years ago when the Canadian dollar was at its weakest, Canada ranked in the top ten. However as the loonie has strengthened, Canada has slipped well out of the top ten this year. For reference sake only, the US ranked 19th this year!)

The major Mexican inland retirement communities are located in San Miguel de Allende, Guanajuato, and the Lake Chapala / Ajijic area. For the most part, these inland retirement communities are located in beautiful colonial cities with moderate temperatures year round. Most of the modern amenities and activities are available to retirees in these retirement cities with a very attractive cost of living. Being located inland, these retirees can purchase and own real estate with title as they would in the US or Canada.

For those desiring magnificent ocean views, the Pacific coastline offers many advantages over the Gulf of Mexico coastline; the major one being protection from storms. The entire Yucatan Peninsula area, including the Cancun and Cozumel areas are great for vacations; but due to its exposure to hurricanes, it is not considered by many to be ideal for retirement. On the other hand, the Pacific Ocean coastline seldom sees troublesome storms and offers more than a thousand miles of incredible Pebble Beach like views with a climate similar to that of Hawaii.

Pacific Ocean coastal cities such as Mazatlan, Manzanillo, and Acapulco are somewhat popular for tourists, but have become quite industrialized and commercialized and therefore not really considered as ideal retirement cities. The most desirable retirement locations from north to south along the Pacific Ocean are La Paz and Todos Santos in Baja, Puerto Vallarta, Ixtapa / Zihuatanejo, and Puerto Escondido.

La Paz and Todos Santos in Baja, Ixtapa / Zihuatanejo, and Puerto Escondido are more exposed to the elements than Puerto Vallarta, which is tucked behind the Sierra Madre Mountains next to Banderas Bay, safely protected from Pacific storms coming out of the south. Also, because Ixtapa / Zihuatanejo is approximately 500 miles south of Vallarta and Puerto Escondido is 300 miles even further south, the “high season”, or the time during the year with perfect weather conditions, is reduced from 7-8 months to perhaps 6-7 months. A month extra per year in Paradise is often considered to be substantial to retirees!

Using the above logic, it’s no wonder why so many retirees have migrated to Puerto Vallarta. This beautiful tourist resort area has become home to thousands of North Americans that have traveled the world, could afford to live anywhere on the planet, and have chosen Vallarta as their winter, if not full time, retirement destination.

Located at the same latitude as Hawaii, Puerto Vallarta has a perfect climate with an average daily temperature of 73°F from November through May with virtually no chance of rain. With a population of approximately 350,000 inhabitants, Vallarta now has a new and growing infrastructure including roads, water treatment plants and distribution systems, power plants and distribution grid, airport, maritime terminal, hospitals, university, etc.

High speed internet, satellite TV, VOIP telecommunications, and US newspapers and magazines are all available in Vallarta. Most of the mega-stores found in the US and Canada have come to Vallarta including Sam’s Club, Wal-Mart, Costco, Home Depot, Office Depot, Staples, and of course, every fast food chain restaurant imaginable! Vallarta now has seven world class golf courses with three more either in the planning stage or currently under construction. There are hundreds of tennis courts, world class deep sea fishing, and every other activity available that you would expect in a city of this size. There are numerous new cinemas, theaters, and hundreds of fine restaurants.

Due to the explosive growth of Vallarta and the influx of North Americans, it is safe to say that its entire economy is based on tourism and the retirement of North Americans, thus creating thousands of new construction and service related jobs for the locals. It has also created an atmosphere where speaking English has become a prerequisite for a decent paying job. Therefore, most of the younger Vallartenses are now becoming quite fluent in English. The inability to speak Spanish is certainly not an obstacle to retiring in Vallarta! Also, because the economy is based on the North American dollar, safety is of prime concern to the locals. You will not find a safer, more hospitable city of this size anywhere. In fact, this was clearly revealed in a survey taken by Conde Nast magazine, where Puerto Vallarta was ranked the friendliest resort destination in the world.

Now, let’s return to our quest for the top retirement haven in the world. If we can accept what the latest surveys, polls, and indices suggest, Mexico is the country and Puerto Vallarta is the city.

We’ve owned property in Vallarta for almost 25 years and have lived here as permanent residents for over ten years and can attest to its magical characteristics resulting in a quality of life that can’t be surpassed anywhere in the world. The growth that we’ve witnessed since 2000, when the PAN administration took power, has been truly amazing; so much so, that the head of the local Chamber of Commerce has projected the population of Vallarta will reach 600,000 by the year 2015. There are currently more than 7,000 new condos currently under construction with well over 20,000 more planned in the future by Fonatur, the Mexican Tourism Board. Because real estate sales in Mexico are generally done on a cash basis, this economy has not been affected by the mortgage related problems seen in the US. Real estate values have tripled since 2000 and continue to appreciate daily. Owning property here has surely been an investment of a lifetime for us.

If you’re a baby boomer, either recently retired or about to retire, you owe it to yourself; make PV your next vacation destination and consider all the qualities it has to offer. You’ll definitely be impressed with this glorious Paradise along the Mexican Riviera and will probably agree, Puerto Vallarta is the best place in the world to retire.

Doing Your HomeworkBuying Real Estate in Mexico
Scroll to top